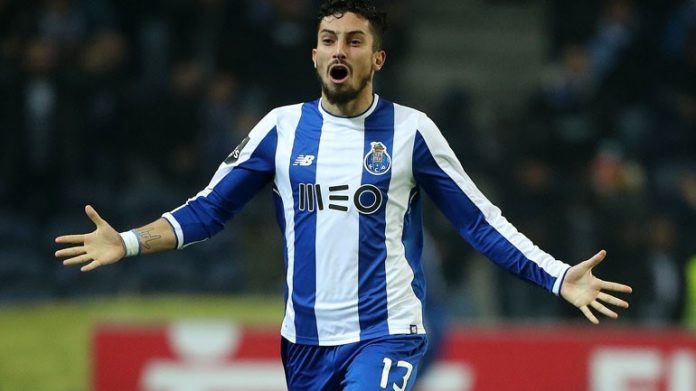 Chelsea and Liverpool are chasing the signature of Porto full-back Alex Telles.

Portuguese media outlet Correio da Manha has claimed that the Premier League duo are looking to take advantage of a £35 million release clause in the Brazilian’s contract.

Telles played for Juventude and Gremio in Brazil, before signing for Galatasaray in January 2014.

He moved to Inter Milan on loan in August 2015, but the Serie A club decided not to make the move permanent.

Telles joined Porto in 2016 and he helped the club win the league title in Portugal last season.

Chelsea have been linked with Telles in the past and his agent Fernando Otto claimed in 2017 that his client could one day move to Stamford Bridge.

“When he went to Galatasaray, we had an offer from Chelsea for Alex,” he told Sport Witness.

“But at the time, we had already confirmed a pre-contract with Galatasaray, and we could not go back.

“But there was information exchange, last year too. And I believe that maybe one day he will play for Chelsea.

“I don’t know if it’s going to be this season or the next. But I feel like one day he can play for Chelsea.”