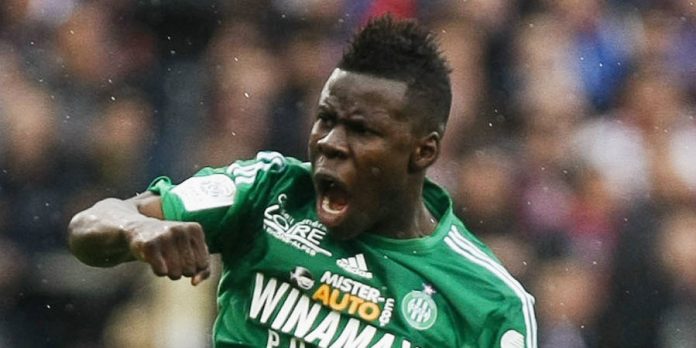 Kurt Zouma, Chelsea’s £12m January signing from St Etienne, has spoken of his joy at sealing a move to the Premier League leaders, with the French defender revealing that his mother burst into tears when the deal went through.

The defender, who remained in Ligue 1 for the season, and will join up with the Chelsea squad in the summer, told of his shock at signing for the Blues in an interview with French station Canal +,

“To sign with the Blues is a great honor for me, especially wearing the color blue; It’s nice. Since I was little it has been my favorite color!” exclaimed the 19-year-old,

“Before It was on the Playstation, now I have them in real life. I had Mourinho on the phone, it was a big shock for me! My parents were very shocked, they were very happy for me, and I was also very happy. It was very emotional, especially when I signed my mother burst into tears.“

Zouma has been likened to former Chelsea centre-back and French legend Marcel Desailly, and has been a rock in the heart of the St Etienne defence this season.

Strong in air and hard in the tackle, Zouma’s impending arrival at Stamford Bridge casts doubts over Blues captain John Terry’s future in West London, with the 33-year-old set to be out of contract in the summer.

What do you think? Can Zouma replace Terry in the heart of the Chelsea defence? Let me know in the comments below…