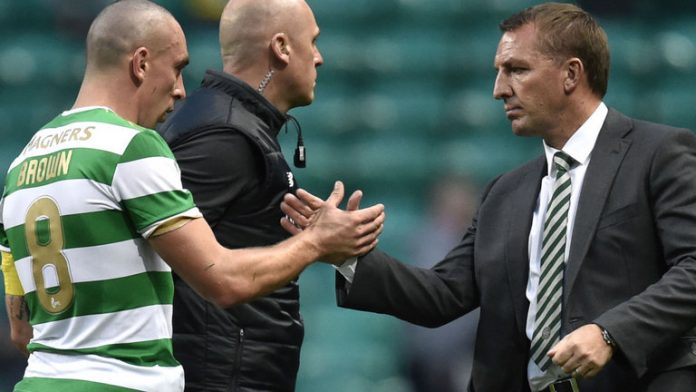 The Bhoys won the first leg 1-0 at Parkhead last Thursday, thanks to a brilliant strike from Callum McGregor, but Nicholas says that it won’t be easy for Brendan Rodgers’ men to get a positive result in Russia.

Nicholas predicted that Celtic would lose the first leg, but the Bhoys proved him wrong. Defence has been a major concern for Rodgers throughout their Champions League campaign, but they stayed resolute in the first leg.

Nicholas is particularly impressed that Celtic showed that they’ve a plan B in store in European games, especially when they know they cannot dominate the ball.

The Sky Sports pundit is worried that Celtic won’t be able to match the cold temperature of Russia and predicts a defeat for Celtic.

He predicts a 3-1 win for Zenit with former Chelsea defender Branislav Ivanovic scoring the first goal.

“I have to admit Celtic’s defensive structure – which had been all over the place – looked excellent last week – to go against my prediction that they’d lose the first leg,” said Nicholas to Sky Sports.

“Plenty of my friends point out that Zenit haven’t played in months but more importantly Celtic showed they do have Plan B in European games when they know they’re not going to dominate the ball.

“People might think us Scots are okay with the weather over there, but the conditions are a different level of cold and I’m afraid I’m going for a tough night for the travellers and another Celtic defeat.”