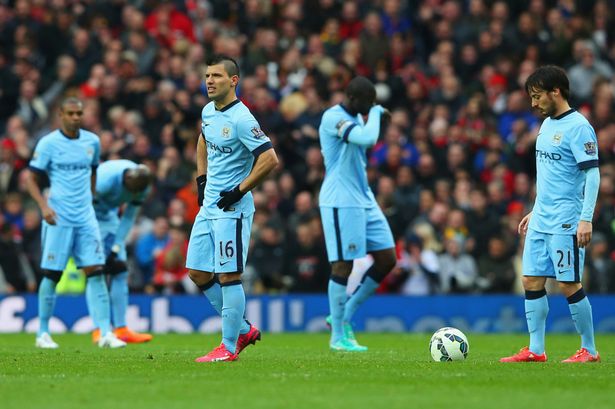 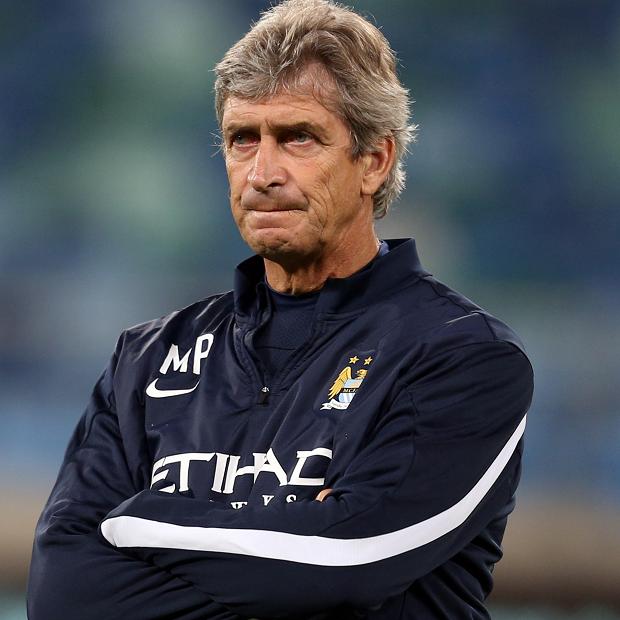 Following his side’s meek surrender to Manchester United in the derby yesterday, City boss Manuel Pellegrini put on a brave face, “I am not talking about my position. It is not important.” From being level on the points tally with title front-runners Chelsea on New Year’s day, City have endured a tough three months.

Six defeats in the last eight games have seen the Etihad side already surrender their title to now fight for the last Champions League berth available. This is their worst run of results since the slump that led to Mark Hughes’ sacking in 2009. While the rumour mill has slashed the odds on potential candidates to replace Pellegrini on the touchline next summer, City must look at the bigger picture.

There have been reports on a major overhaul at the Etihad at the end of the season but City; in all fairness have little room to give heed to their ambitious plans. Poor planning, lack of foresight and several key factors mean that changing the manager along can’t hide the club’s recent mistakes. Planning for the future must start nevertheless:

Explaining the Financial fair Play Regulations and finding a holistic approach: Last year City accepted a settlement clause from UEFA that they could spend only £49m over the next two seasons in their pursuit of new recruits. This was due to a breach in the Financial Fair Play regulations which permitted losses less than £42m from the 2011 to 2013.

City however lobbied recently that UEFA will have to have the limit lifted as they claim that the club was profitable in 2013-14. This comes right after the governing body had approved of spreading the club’s losses earlier this year.

As Sam Wallace wrote in the Independent that City have had their structure approved by UEFA, in which two separate companies – City Football Services (CFS) and City Football Marketing (CFM) have collated £25.9m of losses that might otherwise have been on the club’s accounts. This stems from UEFA’s permission to spread losses given their global appeal, to run their two recent sister clubs, Melbourne City and the new MLS side New York City.

What will a new manager bring in: With spending limits in place, let us take a look if a complete revamp is possible while still being competitive and challenging for the Premier League title. It means City will have to sell before they want to buy more than £42m. It would be thus fair to say that Marco Reus and Paul Pogba are out of the picture as it stands.

City have been operating with a great setup from 2010 buying David Silva and Yaya Toure and then Sergio Aguero from Atletico Madrid a season later.  The problem however arises if we take a look at raw figures. 17 of the 24 players who have appeared for the club in the Premier League this season will be over the age of 28 next season. This highly-paid core of the squad will be difficult to move on and therefore equally hard to replace.

City are well aware that players like Samir Nasri, Edin Dzeko, Jesus Navas and even Yaya Toure will not be offered the incredible wages they are on at the Etihad and on top of that very few clubs in the world can offer a substantial transfer fee for them. So will they sell someone like Aguero (26) to raise their budget? Wilfried Bony is yet to make an impact and out of question while Eliaquim Mangala was a panic buy for a ridiculous £32m. I wonder if any side will want to take the French defender now?

Stevan Jovetic also looks to be on his way out after the forward accused Pellegrini of ‘killing him’ after the Chilean boss left him out of Manchester City’s Champions League squad in February. City though will receive guaranteed payment of £24m in the summer form Valencia for Alvaro Negredo who was loaned out to the Spanish club last year.

Football director Txiki Begiristain has been largely responsible for the poor recruitment plans and even with a new manager coming in, the club will have to focus on investing on young talents with a resale value. Moreover, the club also has to develop young talents from their state of the art £200m training facility which sees Patrick Vieria as the head of operations.

What next: A new manager will have to be shrewd in his approach and will have to use the academy talents while maintaining a respectable position where they battle. Pep Guardiola is certainly their top target, but the Spaniard is expected to see out his contract with Bayern Munich.

The same goes for Carlo Ancelotti even if he fails to win silverware this season while Diego Simeone and Jurgen Klopp are in the middle of their love stories with Atletico Madrid and Borussia Dortmund respectively. This effectively sees Rafa Benitez as the best candidate to take over given his old relationship with Begiristain. The former Liverpool manager will leave Napoli at the end of the season and will come with enormous Premier League experience.

Benitez’s unceremonious reign at Chelsea saw the Blues win the Europa League, reach the semi finals of both domestic cup competitions and finish third in the Premier League with a squad which was in transition. But will he deliver instant success which has always been the requirement at City?

Roberto Mancini was sacked despite winning the League but failing to qualify from the group stages of the Champions League. Pellegrini has achieved that but his side has endured being knocked out by Barcelona in consecutive years. Benitez no doubt is a master tactician and a strategic planner but asking him to do well on both fronts will be too big a task. Moreover, he is someone who loves a project but City’s unwillingness to give time to any manager could be the perfect recipe for disaster.

Given these regulations and situations which prevail, City cannot spend enormous sums on target and might have to sacrifice on fewer fronts to climb to the top again. The club needs better decisions from all over the hierarchy but right now it looks like a sinking ship.