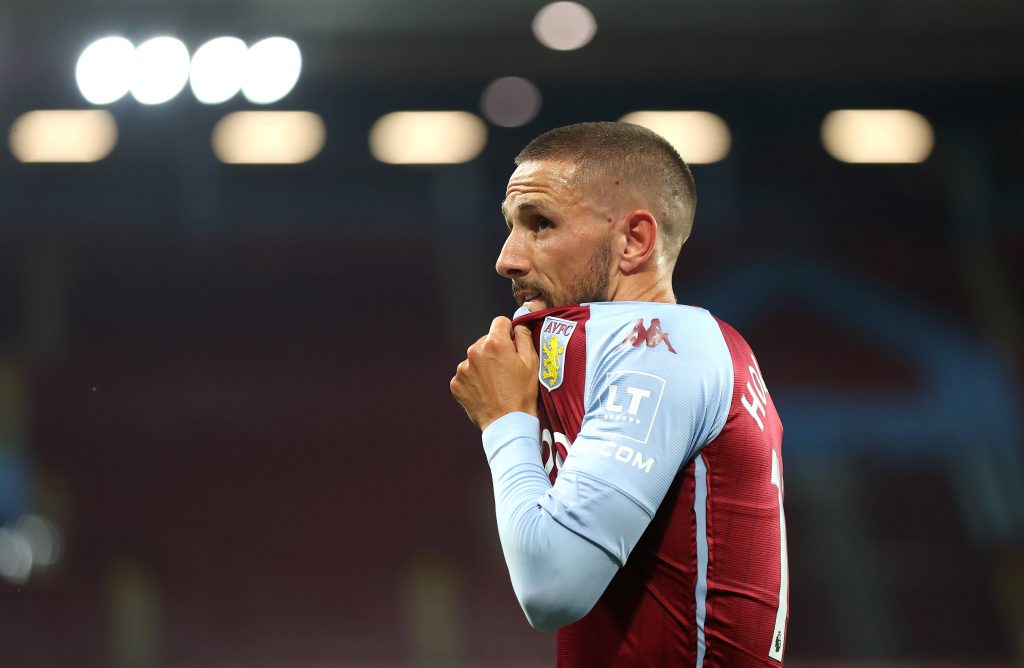 Sheffield United and West Bromwich Albion are looking to strike a deal with Aston Villa for midfielder Conor Hourihane, reports the Athletic.

Hourihane first came to Villa from Barnsley in January 2017.

He has since made 150 appearances for the club, scoring 29 goals and helping them win promotion via the Championship play-offs in 2019.

However, he struggled for regular minutes in the 2020/21 season, making just four league appearances before being sent out on loan to Swansea City.

Given the performances of Jack Grealish, John McGinn and Douglas Luiz in midfield, it is unlikely that the Republic of Ireland international will force his way into Dean Smith’s starting XI next term.

The 30-year-old has just one year left on his current contract, and the Villans may let him go this summer to avoid losing him for free in 12 months.

Sheffield United and West Brom are both interested in his services, according to The Athletic.

Both clubs have just been relegated from the Premier League and will be hoping for an instant return to the top flight.

A player of Hourihane’s quality and second-tier experience would be a huge boost to those ambitions.

New Blades boss Slavisa Jokanovic apparently sees the midfielder as an alternative to number one target Tom Cairney, who Fulham insist is not for sale, according to reporter Darren Witcoop on Twitter.

Jokanovic worked with Cairney at Fulham from 2015 through to 2018, achieving promotion to the Premier League during that time.

As for West Brom, they are short of central midfield options, with Okay Yokuslu, Rakeem Harper and Sam Field all departing.

This has left Jake Livermore, Romaine Sawyers and new arrival Alex Mowatt as their only central midfielders.

They will need to increase their depth in this position if they wish to make an instant return to the Premier League.