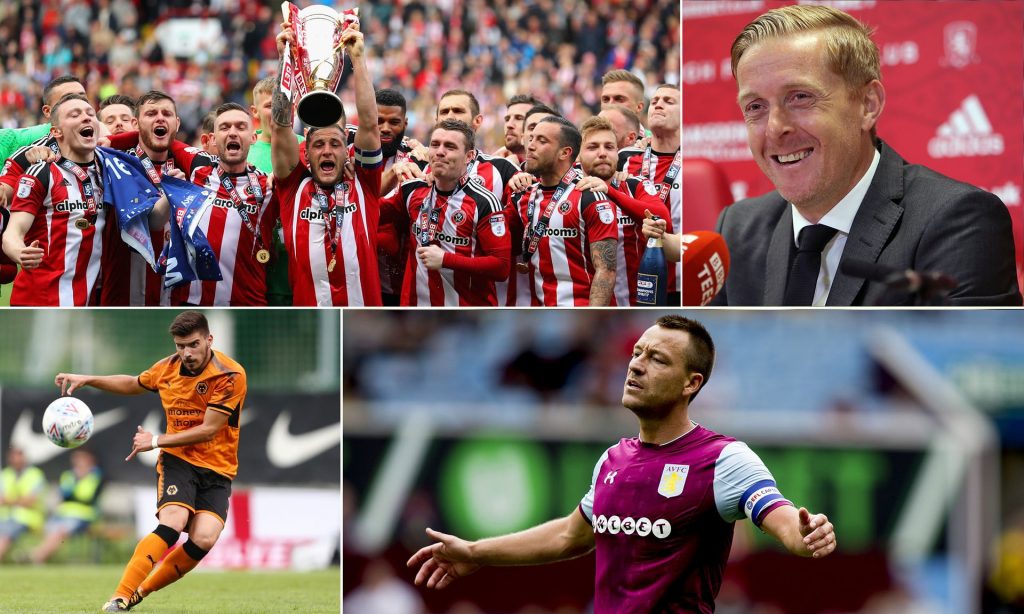 The Championship 2017/18 season kicks off tomorrow and several teams will be looking to challenge for a place in the Premier League.

The likes of Wolves have spent heavily this summer and will be one of the favourites to secure promotion. Meanwhile, Aston Villa will be hoping that the charismatic John Terry can lead them back into the top flight.

Here at Sportslens, we look at four teams with the best chance of securing promotion next season.

The arrival of Nuno Espirito Santo has galvanized the players at Wolverhampton and they will be looking to return to the top flight next summer.

This is arguably their best squad since 2011/12 when they were relegated from the Premier League. The likes of Ruben Neves, Ryan Bennett and Leo Bonatini are all capable of making their mark in the Championship.

The Villans spent a lot of money in order to secure promotion last season but they failed.

Steve Bruce has a very capable squad at his disposal and the former Sunderland boss will now look to guide them back to where they belong, the Premier League.

Bruce has brought in experienced Premier League players like John Terry, Ahmed Elmohamady, Christopher Samba and Glenn Whelan who could make a massive difference not only on the pitch but in the dressing room as well.

Leeds have been away from the Premier League for far too long. At one point last season, the Peacocks were fourth with seven games to go. They were expected to secure a place in the playoffs. Eventually, they missed out and Garry Monk stepped down from his position.

Since the arrival of Thomas Christiansen, Leeds have added to their squad significantly and the likes of Ergjan Alioski, Samuel Saiz Alonso, Vurnon Anita, Caleb Ekuban, Mateusz Klinch and Felix Wiedwald will be looking to guide their new club back into the Premier League now.

Middlesbrough will be desperate to return to the Premier League immediately just like Newcastle.

Boro have a top class manager at the helm and they have invested in attacking players. They were relegated due to the lack of goals and Monk has ensured that the weakness is addressed before the start of the new season.

The likes of Britt Assombalonga, Ashley Fletcher and Jonny Howson will make a massive difference for Boro going forward. They are good enough to take Middlesbrough back to the top flight next summer.