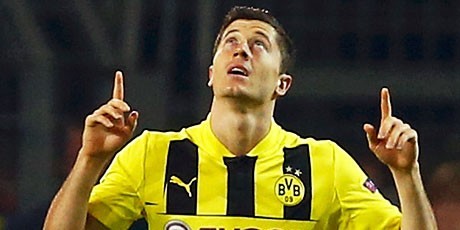 Spanish football has been at the top of the world game for the last number of games, but La Liga giants Real Madrid and Barcelona were well and truly put to the sword in their Champions League semi-final first legs by a new rising force in European football – Germany and the Bundesliga.

Borussia Dortmund and Bayern Munich are 90 minutes away from the Champions League final at Wembley, with this week’s visitors hot favourites to progress.

Many were touting an all-Spanish Clasico final, but it now appears that anything other than an all-German grudge match in the last game of the tournament would be a major shock.

Of the two ties, Real Madrid still stand a fighting chance of coming back from the dead, but have a significant 4-1 deficit to overturn. Stranger things have happened, but Jose Mourinho’s men must change a number of things from their defeat at Signal Iduna Park if they are to stand a chance.

Firstly, a strong start and an early goal would lift the Santiago Bernabeu crowd and put slight doubts in Dortmund heads. Last year’s German champions lack recent experience at this stage of the tournament, and Madrid will hope that the pressure of the occasion will get to their opponents.

Los Blancos must enforce a pressing and harrying midfield game to prevent the likes of Mario Gotze and Marco Reus from creating chances for Robert Lewandowski – similar what Dortmund did to Madrid in the first leg of this Champions League tie.

Angel Di Maria needs to return to the starting lineup to add urgency, width and pace in behind to Madrid’s attacking arsenal, and Cristiano Ronaldo must make his presence felt.

Dortmund will be employ Sven Bender and Ilkay Gundogan to break up Madrid possession, and will know that an away goal will all but see them through. Given that the Germans have beaten Madrid twice this term and drew with them once, Jurgen Klopp’s men enter the game as firm favourites to progress.

Bayern Munich have looked strong from the start of the campaign, and have dominated domestically and on the continent this term. A 4-0 victory over Barcelona at the Allianz Arena last week showed complete control against a fellow European powerhouse, and the Bavarians will take some stopping to prevent them going one step better than last year and lifting the Champions League crown. 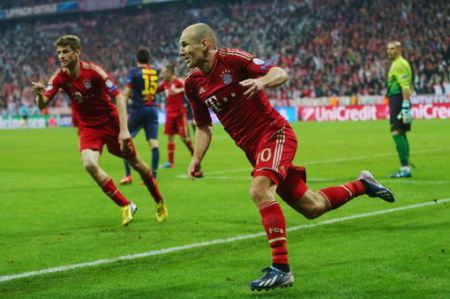 Barcelona have showcased vulnerability in the second half of this campaign, and their usual infallibility now looks tarnished. The Catalan outfit were not themselves in the first leg, and looked almost like they did not believe in their own ability. With some of their key players getting older, a changing of the guard may be necessary in the summer.

For Bayern not to make the final, a capitulation by the German side seems necessary. Jupp Heynckes’ men have been there and done it, and their defensive record this term has been nothing short of intimidating.

Barcelona will not give up just yet – and have the chance to prove to their doubters that the glory years are not over. However, they will need Lionel Messi to be at his unstoppable best, uncharacteristic Bayern mistakes and a lot of luck; even that may not be enough.