The Champions League quarter final contestants will be decided this week, as the final four fixtures of the round of 16 take place on Tuesday and Wednesday nights. After stellar performances from the underdogs in the respective first legs, four favourites have work to do to make the last eight.

Since the 3-1 first leg defeat to an in-form Napoli in Italy, Chelsea have sacked Andre Villas Boas and will need to up their game if they are to stand a chance of progression; despite domestic wins of late, Walter Mazzarri’s men will pose a more stern test. The hosts need an attacking outlook, but with Edinson Cavani, Ezequiel Lavezzi and Marek Hamsik ready to pounce, John Terry’s role at the back is equally as important as the team’s attackers. Napoli have goals in them, but are also susceptible at the back; this was showcased in their 6-3 win over Cagliari on Friday night. Away goals could decide this tie.

Real Madrid were expected to walk all over CSKA in the first leg, but the Russians put up an ardent fight to get a 1-1 draw at the Luzhniki through an injury-time equaliser. Jose Mourinho’s men are still in a dominant position to progress, with Cristiano Ronaldo in superb goal-scoring form; the Portugal international has 45 goals already in all competitions this term. The travelling support will pin their hopes on promising attacking duo Alan Dzagoev and Seydou Doumbia, but anything other than Madrid progression would be a massive shock.

Marseille take a slender 1-0 advantage to the San Siro on Tuesday, after a last-gasp Andre Ayew header gave the French side victory at the Stade Velodrome in the first leg. Claudio Ranieri has come under increasing pressure due to domestic inconsistency, and if Inter are eliminated the head coach will fear for his future. Didier Deschamps’ men are not in good form either however, and have lost all four Ligue 1 games since beating Inter in February. The midfield battle will be key to deciding the fixture and should be a pulsating watch, as Alou Diarra and Morgan Amalfitano face Esteban Cambiasso and Wesley Sneijder.

Bayern have high hopes for this season’s Champions League as the final will be held at the Allianz Arena, however Jupp Heynckes’ men have stuttered of late and are 1-0 down against Basel after the first leg. The Bavarian giants did have ideal preparation for the second leg by beating Hoffenheim 7-1 on Saturday, with Mario Gomez grabbing a hat-trick. The Swiss champions will look to their excellent showing at Old Trafford earlier in the season as motivation, with Bayern-bound Xherdan Shaqiri the visitors’ fulcrum of attack.

With AC Milan, Barcelona, APOEL and Benfica already in the quarters, four close games will decide the remaining participants. Madrid should overcome CSKA, whilst Chelsea will most likely be eliminated by a classy Napoli outfit. Marseille have the quality to compound Inter’s misery and Bayern should fight back to knock out Basel – just. 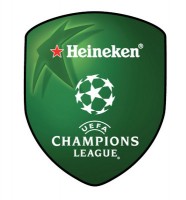 Heineken is proud to serve you the finest football in the world. Enjoy the artistry of the best players in Europe producing the most dramatic and impressive moments of the UEFA Champions League – the pinnacle of club football (even without English participation).