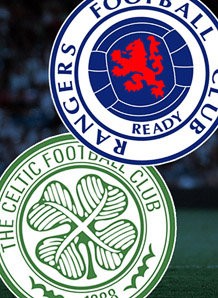 Has there ever been a season quite like it in Scottish football? By November 5th Celtic trailed Old Firm rivals Rangers by 15 points and Neil Lennon was left considering his future. Fast forward just over 3 months and a quick glance at the SPL table reveals Celtic now leading the way by 17 points in a remarkable 32 point swing.  To their credit Celtic overturned the 15 point deficit on merit; regaining top spot with a 1-0 win against Rangers at Celtic Park on 28th December. The staggering size of their lead now however is, to a significant degree, a result of Rangers’ 10 point deduction following the clubs slide into administration.

Rangers’ fans would have understandably assumed that there was no feeling worse than a defeat to bitter rivals Celtic, especially one which results in the succession of top spot in the league. Conversely, much, much worse was lurking ominously on the horizon for the Ibrox club as an unpaid tax bill threatens liquidation of the famous 140 year Glasgow club.

In terms of the future of the clubs existence the consequences of Ranger’s financial infidelities remains uncertain with the situation appearing as clear as muddy highland swamp. An assertion illustrated by news that, in addition to Rangers unpaid tax bill, criminal proceedings may follow as the club fail to locate £24million pounds effectively loaned to the club by its fans. Easily done I’m sure you will agree.

A consequence much easier to identify as a result of Ranger’s punishment is the potential for Celtic to win the league in the bitter rivals own backyard, depending on the results of the two Old Firm clubs in their respective fixtures between now and the 17th March.

This eventuality has been identified as a significant threat to public order by the Strathclyde Police with a fixture re-arrangement the most drastic nullification attempt being touted. In fairness to the Glasgow authorities this is totally understandable especially when considering the unsavoury scenes that marred Scottish footballs flagship fixture last season. Seditious behaviour from both clubs respective playing and coaching staffs including the two clubs current managers was coupled by numerous supporter arrests in and outside the ground in scenes labelled “embarrassing” by the SFA.

Concerns over public order are even more comprehensible when taking a glance at less immediate Old Firm history. Chaos ensued when Rangers’ historic opportunity to win the SPL at Parkhead in 1999 was greeted with pitch invasions and missiles from the Celtic crowd, one of which struck the head of referee Hugh Dallas in what was a shameful day for Scottish Football.

Yet,  it is this discreditable recent history which makes the potential for Ibrox to be the scene as Celtics triumph an opportunity to create a much needed positive advert for the Scottish game. Although highly unlikely a re-arrangement of the fixture, or even talk of it, almost makes a mockery of the Old Firm and the SPL as its two most famous clubs can’t be trusted to compete against one another in such circumstances. It’s a depressing acceptance that relations between the two halves of Glasgow can never be improved, sectarianism never tempered.

One may deduce that acceptance of the mutual vitriolic hatred even acts as a self-fulfilling prophecy for both sets of supporters, potentially acting up to the Old Firms troubled history.  For the Old Firm and the SFA this is a could instead be seen as case of nothing ventured nothing gained.

An opportunity for Celtic as a club and it’s well respected manager to reach out to their supporters to conduct themselves in an appropriate manner, that for sure involves mockery of their rivals and boasts of a 43rd League title, rightly so even, but leaves overt sectarian hatred at the turnstile. A gesture which can be matched by Rangers’ and there equally respected manager, encouraging counter chants focusing on their superior league title haul of 54 for example, rather than sectarian divisions.

Rangers’ fans would have a chance to separate themselves from the reckless and irresponsible behaviour of their now infamous owners and unlike the aforesaid be a credit to their club. The majority of fans from both sides of Glasgow already are but it is a chance for the misdemeanours of the significant minority to be addressed.

If the situation arises, there is a prospect for Celtic players and coaching staff to greet clinching the title at Ibrox with professionalism and humility as well as joy, whilst avoiding inflammatory celebrations. Similarly, for Rangers’ players there will be a chance to accept defeat in the title race with grace despite inevitable disappointment, an example which can cool supporter’s tensions.

Admittedly, such talk is academic if the situation never rises and in the event that it does the safety of supporters is rightly of paramount importance to the authorities when planning for the fixture. Likewise, such opinion can be easily and even rightly criticised by the fact I’m not Glaswegian, have never experienced the deep rooted social tensions present in Scotland’s biggest city and thus am unrealistic and fanciful to indulge in such unrealistic expectations.

It is important to stress though that this is not an argument for what will happen but instead an illustration of the watershed moment an incident free (off the field at least) Old Firm Derby, in such circumstances, could provide for Scottish Football. After all the negative issues surrounding Scottish footballs most famous clubs over the past two years, it would be a great foundation for a more positive future.