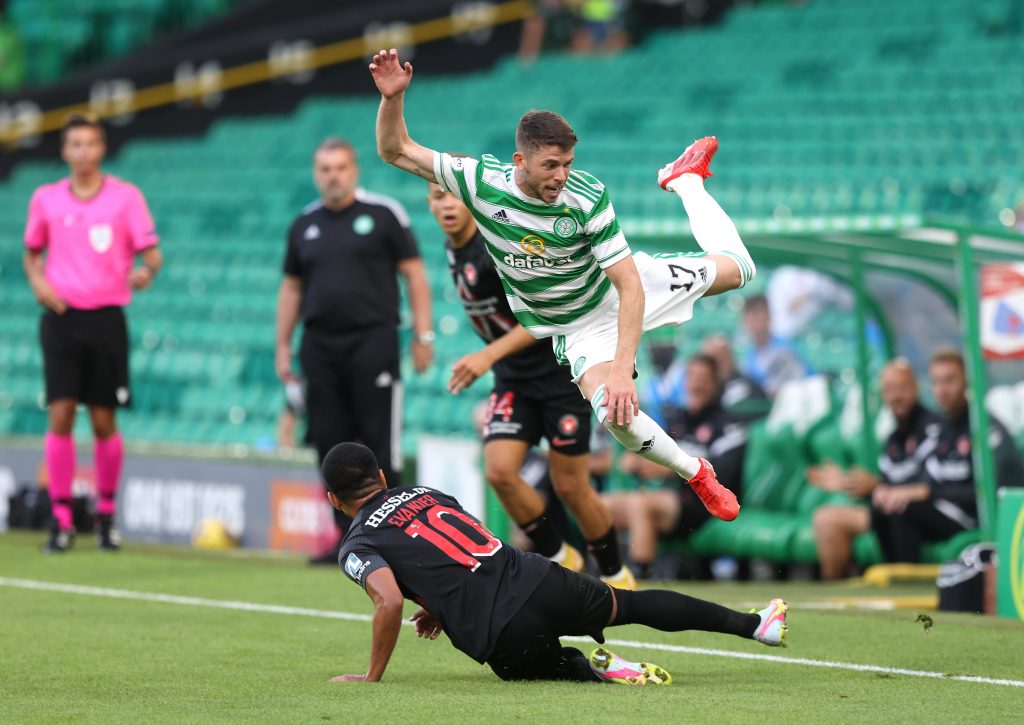 Celtic were held to a 1-1 draw against Midtjylland in the Champions League qualifying second round last night.

Summer signing Liel Abada gave the Hoops the lead on the 39th minute, but Nir Bitton’s dismissal allowed the visitors to get back into the game in the second half.

Anders Dreyer, who was instrumental to Bitton’s exit from the game, was also sent off in the second half after earning a second yellow card.

The fans will be reasonably pleased with what they saw. It was Ange Postecoglou’s first game in charge, and his philosophy was quite evident.

The Hoops tried to play out from the back with high tempo passing.

The manager has had very little time to settle in and get his methods across to the players and it would be fair to assume that Celtic will only improve from here.

The Hoops will now be determined to win the second leg in Denmark. A club of their stature should be playing Champions League football, and Postecoglou is under pressure to get a positive result away from home.

Good performance from Celtic. Were the better team and should have won the game. McGregor captains display. Christie outstanding. Welsh very good and Murray did well when he came in. Abada lively. Celtic need a goalkeeper badly… nobody thought it would be easy!

The 26-year-old was undoubtedly Celtic’s best player, and he was their main creative force on the night. He also worked hard to help out his side defensively.

Read: Celtic in talks to sign 24-year-old defender this summer.