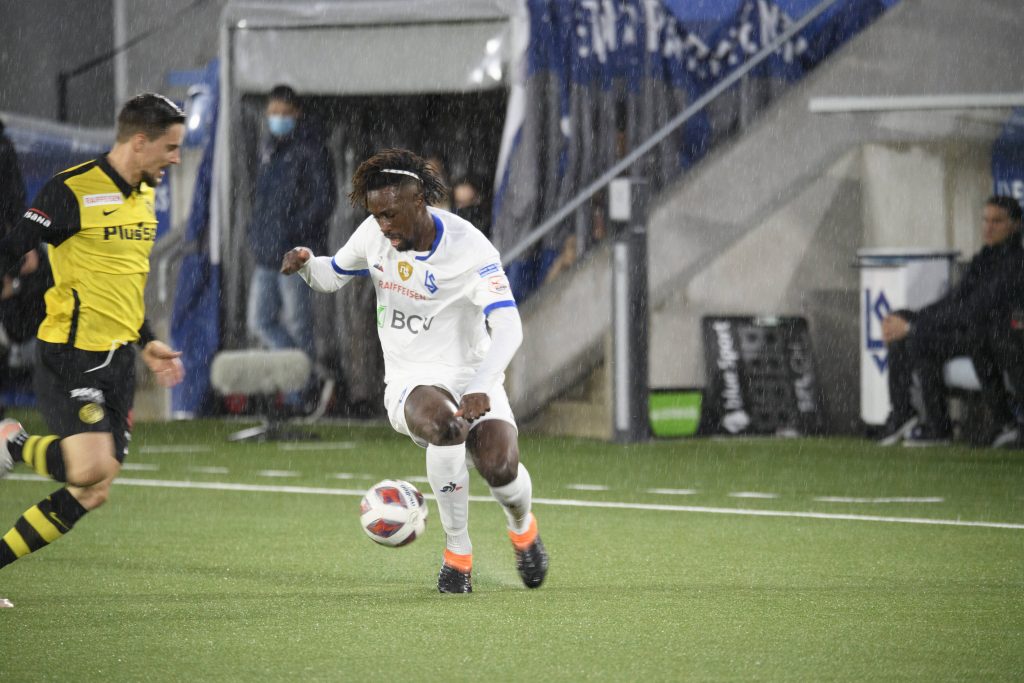 Celtic have suffered a blow in their pursuit of attacker Evann Guessand.

According to GFFN, the talented 20-year-old has now signed a new deal with Nice until 2026.

Guessand was made available for around €5 million, and Celtic were in talks with the French outfit to sign the centre forward.

He is a talented young forward who was on loan at Lausanne in Switzerland last year.

The youngster has a massive future ahead of him and could have been a quality long term signing for the Scottish giants.

It seems unlikely that he will be sold anytime soon after the contract extension, and Celtic will have to switch their attentions elsewhere.

The Hoops are in desperate need of attacking reinforcements, especially with the future of Odsonne Edouard still very much in doubt.

The Frenchman is the only recognised goalscorer at the club and has repeatedly been linked with a move away from Parkhead.

Ange Postecoglou will have to bring in quality reinforcements before the new season begins.

Celtic lost out to Rangers in the Scottish Premiership last season and will be desperate to reclaim their domestic crown.

It will be interesting to see if they can plug the necessary gaps in their squad and launch a proper title challenge this time around.