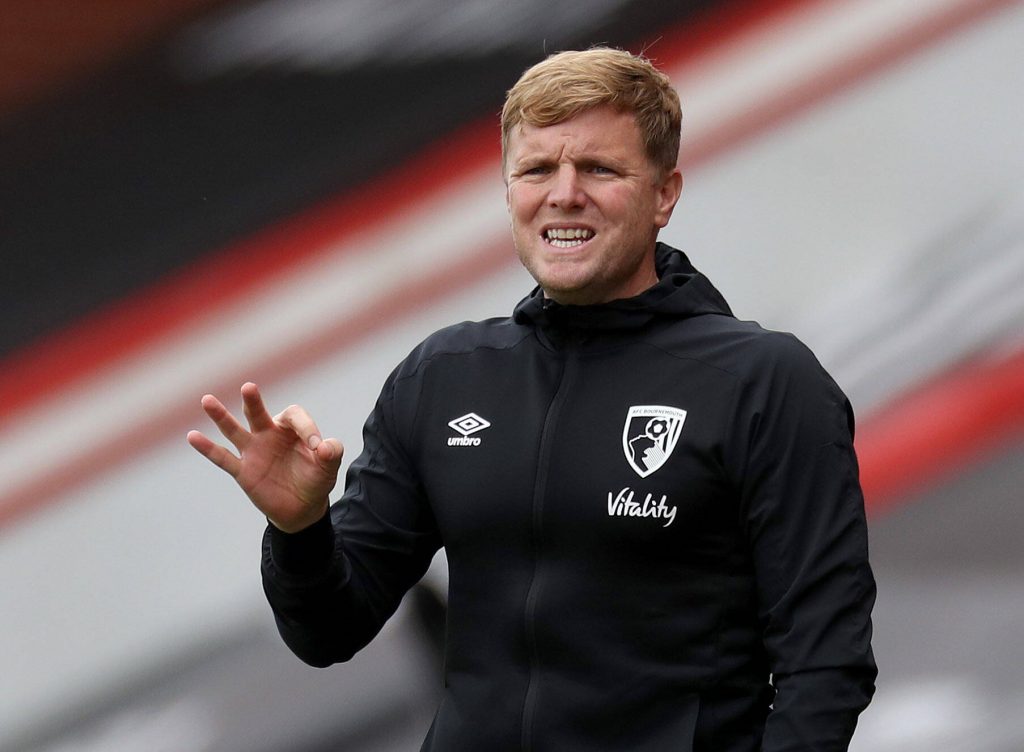 Celtic managerial target Eddie Howe has reacted to the Tottenham Hotspur links, hinting that he is not particularly keen on the job.

The former Bournemouth manager has been linked with succeeding Neil Lennon at Parkhead over the past few weeks.

Celtic largest individual shareholder Dermot Desmond and Howe have reportedly held talks in London, but a deal is yet to be struck as the 43-year-old wants to wait until the end of the campaign.

Spurs parted company with Jose Mourinho yesterday, and the name of the former Cherries boss has been thrown into the mix.

When asked about who could be the perfect man to succeed the Portuguese at the north London outfit, Howe opted not to confirm or deny that he would be interested in the job, tipping former Spurs manager Tim Sherwood for the gig instead.

“It’s a club on the up – the team just needs a lift,” Howe said on Optus Sport on Premier League Productions last night.

“I think Tim’s managed Tottenham before, so he has a great chance.”

Spurs chairman Daniel Levy could be keen to appoint a young manager with modern coaching methods after the Mourinho project failed, and it remains to be seen if he is keen on Howe.

The manager’s comments give Celtic some hope, and the Scottish Premiership giants remain interested in his services.

He is reportedly still favourite for the job ahead of other targets, and the Parkhead giants cannot afford to miss out on such a top manager.

Howe impressed with Bournemouth in five seasons in the English top-flight before their relegation at the end of last season, and his attractive style of football has caught the eyes of a lot of clubs.

Celtic need to hit the ground running next season if they want to snatch the title back from Rangers and their choice of manager will determine how their campaign goes.

In other news, Leeds United target with 29 goals this season reveals why Celtic turned him down last summer.