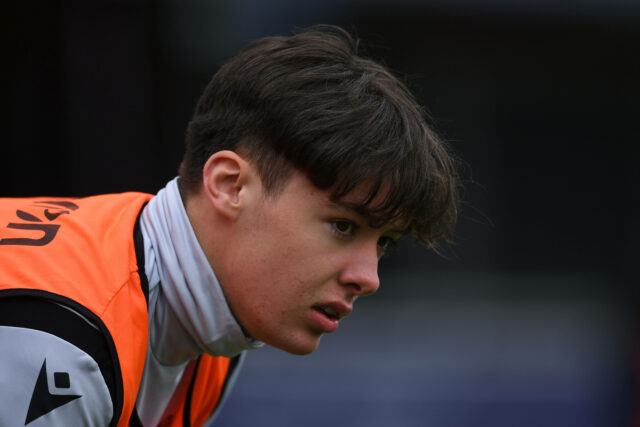 Celtic have suffered a blow in their chase to sign Aaron Hickey this summer.

Reports emerged earlier this week that the Bhoys are looking to secure a deal for the former Parkhead academy star.

The Daily Record claimed that Celtic had already bid around £3.5m for the ex-Hearts left-back.

The 19-year-old, who plays for Serie A club Bologna, has long been linked with a move to Celtic, and the Bhoys have attempted to bring him back to Parkhead.

However, Celtic are likely to miss out on their summer target.

According to reports from La Nazione (h/t the Daily Record), Fiorentina are leading the chase to sign the Bologna defender.

Transfer negotiations over Hickey have intensified between the two Italian clubs in the last 24 hours.

Bologna are demanding a fee in the region of €5million (£4.3m) to enter into any discussions for Hickey’s exit.

They are in no rush to sell and will hold out for a huge profit if he decides to move this summer.

Celtic will need to improve their bid if they are serious about landing him.

The Bhoys have Boli Bolingoli and Greg Taylor as senior left-back options, and doubts remain about whether they genuinely want to add another to their ranks.