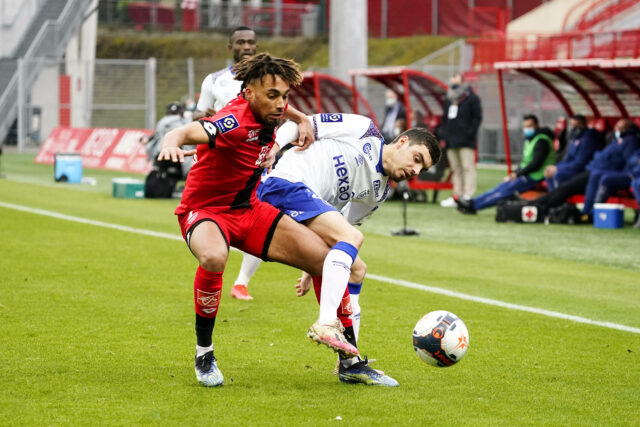 Sacha Boey has rejected a summer move to Celtic, according to French newspaper L’Equipe.

Another French publication Le Parisien claimed earlier today that the Rennes defender’s move had broken down.

Boey, who played for Dijon on loan last term, is out of contract at the end of the upcoming season.

Celtic reportedly wanted to sign the 20-year-old, with L’Equipe earlier starting that a deal to bring him to Glasgow was at an advanced stage, and talks were ongoing.

Ange Postecoglou was keen on the young full-back as he is looking to rebuild his squad following a disappointing campaign last season.

Celtic could have added the youngster on a cut-price deal due to his contract situation.

However, fresh reports from France suggest that he has turned down the contract offer from Celtic and has walked away from negotiations.

The reason stated is bizarre. The report claim that the deal broke off due to difficulties with ‘foreign intermediaries’ during the transfer talks.

Right-back is one area where Celtic need to bolster this summer following Jeremie Frimpong’s departure.

Jonjoe Kenny joined the Bhoys on loan last season from Everton, but he has returned to his parent club.

Anthony Ralston is now the only recognised right-back in Celtic’s squad.