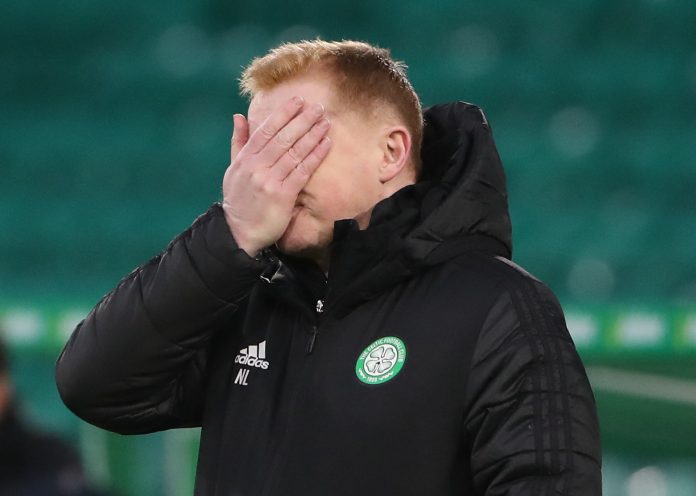 “It’s a low point in terms of the performance and the result – but I’ll keep working away trying my best.”

Neil Lennon’s comments to BBC Scotland after Celtic’s dismal 2-1 home defeat against St Mirren on Saturday are another dagger through the hearts of the club’s fans.

By contrast, if the outpouring of hilarity on social media is anything to go by, Rangers fans will be hoping that Lennon gets a contract extension.

‘But I’ll keep working away trying my best’. If Lennon’s ‘best’ is sending out a team that loses for the first time to St Mirren at home in 31 years, then his worst must be absolutely dreadful.

His levels of delusion are probably a little short of Boris Johnson’s belief that his government have been handling the coronavirus pandemic well, but Lennon is certainly in that ballpark.

As things stand Celtic are 23 points behind Rangers. However, they’ve got two games in hand so the gap will probably be the same when those are played.

Lennon pulled no punches during his post-match interview, pointing his finger firmly at the players for their failure to beat St Mirren.

All of which was a bit rich coming from a manager who wasted £4.5 million on a goalkeeper who looks like he would struggle in Sunday league football.

Factor in the disastrous loan signing of Shane Duffy (the gift that keeps giving) and this classic tune from Stevie Wonder and Dionne Warwick pretty much sums up who is to blame for the mess at Celtic.