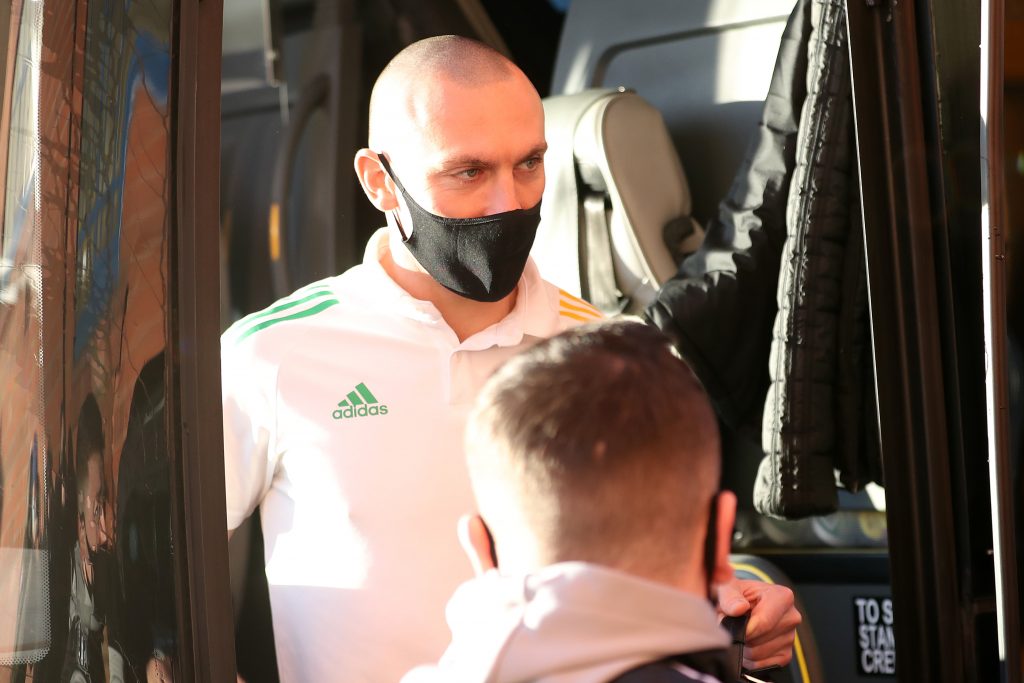 Water is wet. The Pope is Catholic. Scott Brown has backed Neil Lennon’s comments over Celtic’s recent trip to Dubai.

In a development that will have surprised absolutely no-one, Brown has supported his manager’s ridiculous stance regarding the club’s mid-season training camp.

Lennon delivered an unhinged rant earlier this week, blasting the Scottish government and sections of the media for questioning the trip.

“We all back the gaffer,” Brown told the Herald. “I think what he said was right, as far as I’m concerned.

“I don’t want to get too involved in the politics and stuff – that’s for the manager and chief executive.

“But, for us players, it’s about doing our talking on the park and producing results for the manager.

“We need to stick together, that’s the big one. We need to be with the manager and all on the same page.

“It’s about concentrating on ourselves, not on anyone else, just focusing on winning all our games in hands and taking it from there.

“The manager loves this club. He’s been here for 20 years all in, and he knows nothing else apart from winning.

“He tries to drive that into us every single day in training, whether it’s a possession drill or five asides.

“That’s the way you need to be at this club. In the last couple of months, we’ve not managed to do that in the way we are used to – that’s not the manager, that’s all of us together.”

Brainless. There are probably other words that could describe Lennon and Brown’s comments, but most of them are too sweary for this platform.

While most sensible people have called out Celtic on this issue, this pair have doubled down and defended their antics.

The fact that they refuse to admit any wrongdoing is disgraceful and undoubtedly paints Celtic in an extremely poor light.

Scotland is in the midst of a pandemic. People have been dying. Families have been separated. Trotting off on a jolly to Dubai during this time was a dumb idea.

Why is this so difficult for the likes of Lennon and Brown to grasp? They make the Chuckle Brothers look like rocket scientists.