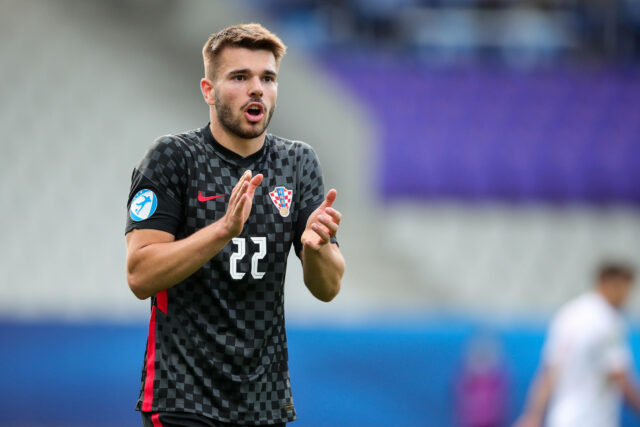 Celtic are reportedly close to signing Mario Vuskovic this summer.

According to Sportske, Vuskovic is gearing himself up for a move to Parkhead and will cost around £5 million.

The 19-year-old was left out of Hadjuk Split’s friendly against NK Odranci, although the reason for his absence was stated down to rest.

However, he is now preparing a move to Celtic. The new Bhoys boss Ange Postecoglou is keen to bolster his backline ahead of the Champions League qualifier against Midtjylland.

Serie A outfit Torino are also keen to secure his services, but it seems Celtic have moved ahead in the race.

They are also looking to secure a deal for their long-term target and former Parkhead academy star Aaron Hickey.

According to the Daily Record, Celtic have already bid around £3.5m for the former Hearts left-back.

The 19-year-old, who plays for Serie A club Bologna, has long been linked with a move to Celtic, and it seems the Bhoys are determined to bring him back to Scotland.

Napoli have also been linked with Hickey, but the Bhoys have made the first move.

Meanwhile, Celtic could lose Kristoffer Ajer this summer. The Norwegian has made it clear that he doesn’t want to stay at Celtic Park.

He is set to be subject to a renewed £12m bid from Norwich City, and it will be a surprise if he stays at Celtic.