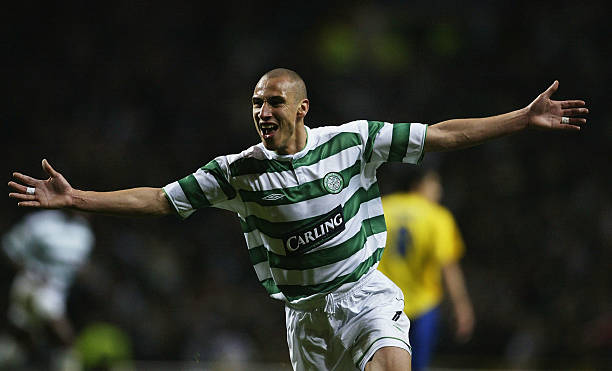 According to The Scottish Sun, Celtic manager Neil Lennon is weighing up bringing club legend Henrik Larsson back to Parkhead as a coach.

Lennon will retain the backroom staff erstwhile boss Brendan Rodgers left behind after they secured two of the domestic treble together, but he wants to bring in some of his own associates and pals, with Larsson being considered.

Given the renowned striking and goalscoring prowess of the Swede during his heydays, he sure has one or two things to teach Celtic forwards, and the fans are relishing the prospects of seeing him return.

Here is how some of the Hoops faithful reacted to the news on Twitter:

Be delighted with that!!!!

Bring back the thunder!

What a coach to teach our strikers to be the best they can be. Good move

Bring them home and make the 10 happen with these legends ???

Henrik Larsson back as number two would be class ?

Henrik Larsson back to Celtic?

Henrik Larsson said he wouldn’t return to Celtic unless he had something to offer the club. He wasn’t ready for management and correctly refused the job.

If he thinks he can help the club in any way then he should be welcomed with open arms.

Henrik Larsson is the King of Kings

The 47-year-old hasn’t had much success on the touchline, failing to impress during managerial stints at Swede sides Helsingborg, Falkenberg and Landskrona, but the Celtic job could offer him a chance to pick himself up.