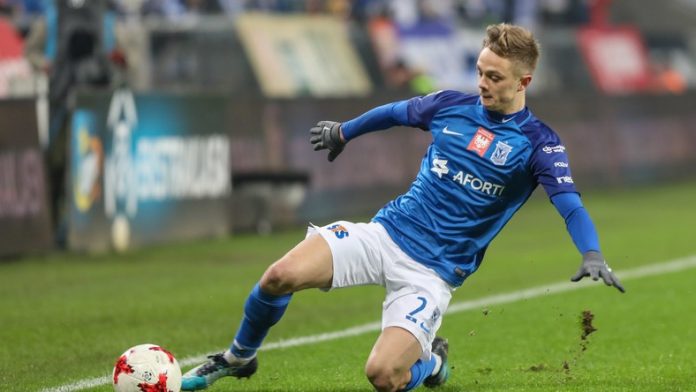 Celtic have been linked with a move for the Lech Poznan defender Robert Gumny.

Apparently, they are weighing up a bid for the full-back this summer. Gumny can play on either side of the defence but he is at his best as a right back.

It will be interesting to see if they manage to sign the 21-year-old before the window closes.

We covered reports earlier that Celtic’s bid could be in the region of £6m. The Scottish giants are a step up from Poznan and Gumny might be tempted to make the move.

Lech Poznan will need convincing though. The 21-year-old is a key player for them and they might want to hold on to him for now.

Celtic need someone like him after selling Kieran Tierney to Arsenal earlier this summer.

Gumny would add depth and defensive quality to the Celtic side. Some of the Celtic fans have taken to Twitter to share their thoughts on the defender and his potential arrival.

Gumny is overrated, he hasn’t made progress for some time and there is no guarantee that a change of environment will change that. At the moment it doesn’t look much better than FIli, which you could probably take for 1m

RB from lech poznan who the polish rate highly, he’s young and wants a move to a bigger club and premier league clubs have been looking at him ?

Is this actually going to happen?

Imagine him and Meling