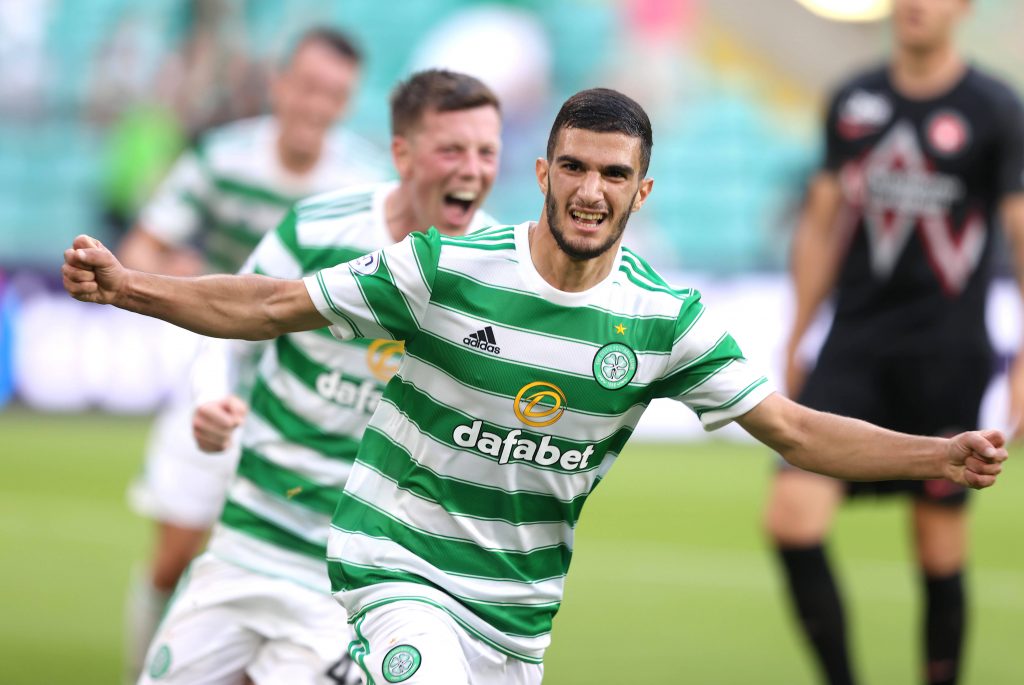 Celtic picked up a 1-1 draw against FC Midtjylland in the first leg of the Champions League qualifiers last night, and summer signing Liel Abada made quite an impression on his debut.

The 19-year-old Israeli winger was signed earlier this month, and Ange Postecoglou decided to give him his first start in the vital qualifier.

Abada scored the opening goal of the game, and he looked lively in the final third. The winger took the Midtjylland defenders on and harassed them with his pace and flair.

The youngster had to be taken off after Nir Bitton’s red card, but he made a lasting impression on the fans.

Abada has shown that he has the potential to be a key player for the Hoops next season.

The Scottish outfit paid around €4 million for Abada, and he could prove to be a bargain if he continues to perform at this level.

The player will be hoping to build on his bright start to life at Parkhead.

The Hoops will need to produce a positive result in the second leg against the Danish outfit, and Abada could make an important contribution.

Celtic fans seemed delighted with his performance, and some of them took to Twitter to share their reaction after the game.

I <3 Abada what a baller

Great to see a new signing like Abada have this much confidence.

Crazy to think he only signed Abada week ago.🇮🇪🇮🇪 #HH

What a debut what a player

Liel Abada has gotten into dangerous areas. Always looks to make penetrating runs in behind. Some decent deliveries & of course a tidy finish for his goal after a great move. Soro eliminated the midfield line with one really good vertical pass to Turnbull.

Most dangerous player on the pitch.

Ange has got himself a gem.#CelticFC #UCL

Read: How Chris Sutton reacted to Celtic’s draw against Midtjylland.