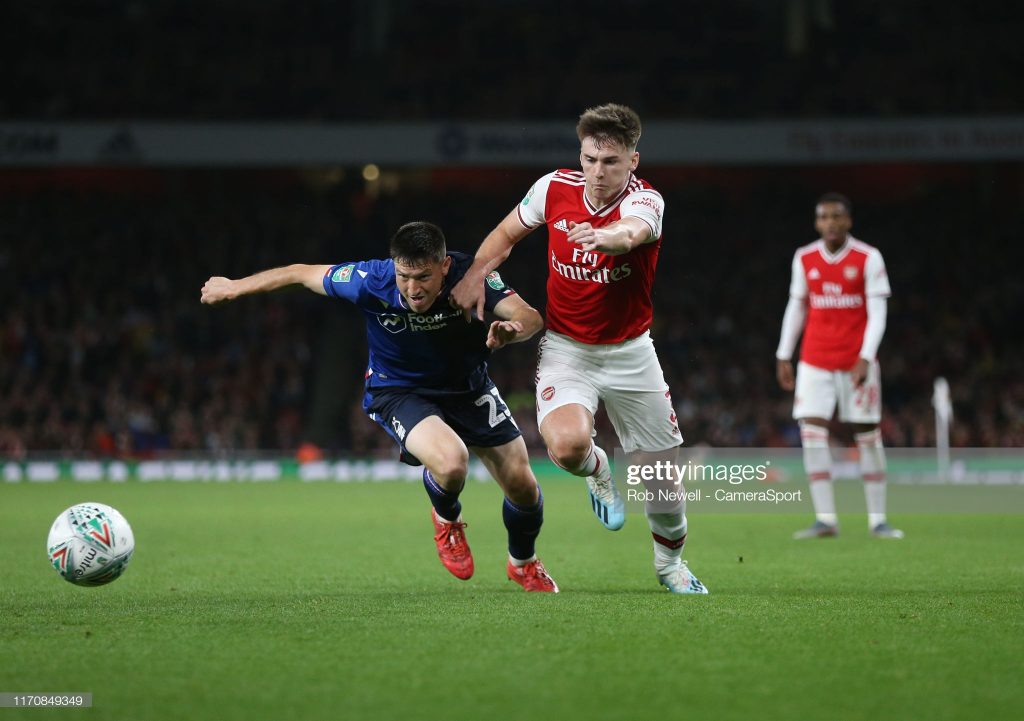 Former Celtic left-back Kieran Tierney finally made his debut for Arsenal yesterday since leaving Parkhead for the Emirates Stadium for £25 million during the summer transfer window.

The Scotland international featured for 77 minutes as the Gunners strolled to a comfortable 5-0 victory against Nottingham Forest to book their place in the fourth round of the League Cup, and he was very impressive.

Tierney had to battle a double hernia and an Osteitis pubis problem in his last days at Celtic, and the injuries delayed his Arsenal bow.

The 22-year-old put in a solid shift in front of the Gunners fans, and some Hoops fans couldn’t help but watch their former club star.

Here is how some of them reacted on Twitter afterwards:

We were robbed for 25 million

All the best Kieran, seems you've played well tonight, I've noticed.. Well done, I'd still rather have you at Celtic, but understand your desire to play in that league.

Kieran Tierney celtic legend. Runs in his veins. Hope he does well 🍀

Well done Kieran knew they would love you just as we do. Hail hail 🍀🍀🍀💚💚💚

Roberto Carlos turns up to 5s with a Tierney strip on…. Fact I

The Celtic academy graduate could make his Premier League debut for Arsenal against Manchester United this weekend as he definitely impressed manager Unai Emery.

Tierney established himself as the best left-back in the Scottish Premiership in recent seasons, winning three PFA Scotland Young Player of the Year awards and helping Celtic to three domestic trebles in a row before leaving.

With 170 games under his belt, the Gunners are getting themselves an experienced player on both the domestic and continental fronts.

The Scot’s versatility – he can also play centre-back, left wing-back and right-back – will also come very handy at his new club, and Celtic will hugely miss him without a doubt.