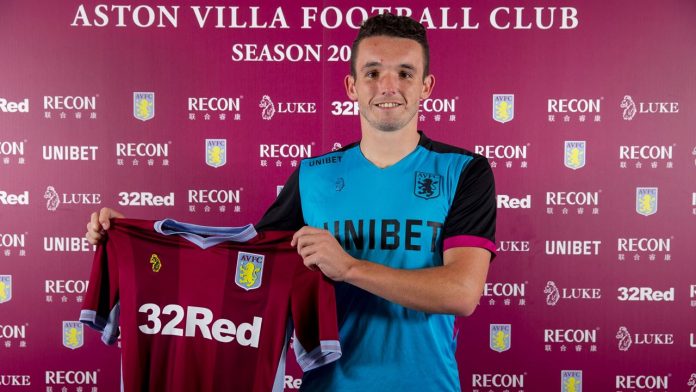 Scotland picked up an impressive 2-0 win over Albania in the UEFA Nations League last night.

An own goal from Berat Djimsiti and a Steven Naismith header handed them the three points in their opening game of the competition.

Aston Villa midfielder John McGinn had a mixed night for the Scottish side and Celtic fans have now reacted to his performance on Twitter.

The Championship midfielder came up with a few dodgy passes but his display was far from bad. However, Celtic fans seemed way too critical of the player and some of them tweeted that not signing him was a bullet dodged.

McGinn was heavily linked with a move to Celtic this summer and Brendan Rodgers tried to convince the player to join as well. However, the midfielder was keen on making a step up from the Scottish League and he decided to join Aston Villa instead.

It seems that his snub has not gone down too well amongst the Celtic faithful.

McGinn and Mcdonald are horrific tonight as is Naismith

Anyone else think we dodged a bullet wi McGinn? Just a decent player at Hibs? Whats the opinion?

I agree with everything you said apart from McGinn… I thought he had a stinker in both games. Lots of positives to take from the team though.

Cause it’s the truth.Callum McGregor is twice the player mcginn is.