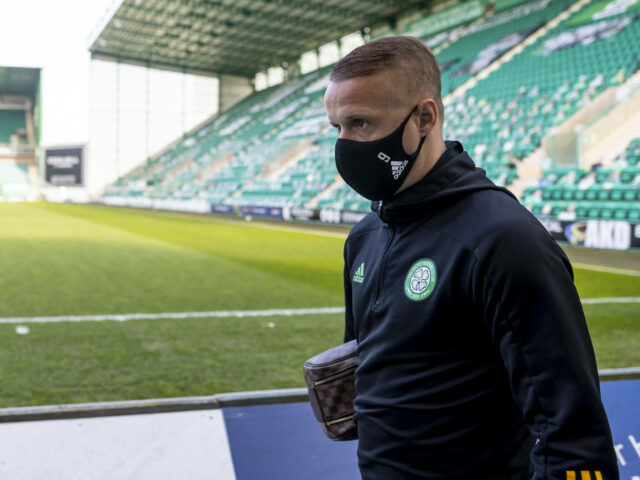 Celtic today have confirmed that striker Leigh Griffiths has signed a one-year contract extension at the club.

The 30-year-old’s deal had technically expired at the end of June, but he will be staying on for at least another year.

The news sparked wide reactions among the Celtic fan base.

Griffiths has struggled with form and fitness for the past two seasons, and many fans feel that he hasn’t contributed enough to be given a contract extension.

However, others think Griffiths has done well in the past. When fit, he is one of the best strikers in Scotland and deserves a chance to get his career back on track.

I never seen that coming.

Hopefully Leigh can kick on, get himself fit & stay that way.

He's an out & out goalscorer, if we get him in shape we've a cracking player on our hands.

It's up to him where he goes from here, let's hope he's had his wake up call. pic.twitter.com/ajNRpYOrNW

He’s never fit and focussed. He’s an average of 7 goals per season over the past 5 years, while taking a massive wage packet.

Obviously people complaining about this have seen what he’s been doing before and during pre season? Shut up!! and give the guy a chance can definitely score when he’s up for it and I believe he’ll play a massive part this season

How to burn your goodwill in one fell swoop. A very poor decision.

Living off that 2015-16 season. Had we have sold him that summer we wouldn’t have missed him, yet five years later he’s still here.
A waste of time and resources keeping him.

Could be deal of the season… new nanager Could get him back to being the best striker in scotland… very low risk deal..

The Scotland striker joined Celtic in 2014 from Wolverhampton Wanderers and has made 261 appearances for the club, scoring 123 goals.

He enjoyed his best spell at the Scottish club from 2014 to 2017, where he scored 88 goals in three seasons.

However, he has struggled to maintain the same level of form in recent years and needed a long break from football to cure his health and mental problems.

Last season, he scored just seven goals from 24 appearances across all competitions.

Ex-Celtic boss Neil Lennon recently criticised Griffiths, saying he turned up for pre-season out of shape and didn’t take the chance to put in extra sessions during last year’s COVID-19 shutdown.