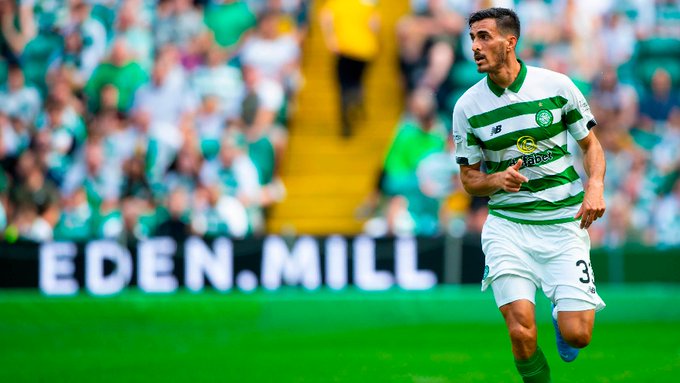 Celtic defender Hatem Abd Elhamed has suffered an injury setback and is set to spend extended time on the sidelines.

The Israeli international limped off with a groin problem in the Europa League victory against Lazio in Rome early November and has missed their last 12 games.

Elhamed had worked through his rehabilitation and was tipped to resume with the rest of the squad after the winter break, but Celtic boss Neil Lennon has confirmed that the right-back would be out for a few more weeks after a fresh blow.

That has dealt a huge blow on the Hoops’ defensive depth, and the defender is gutted.

The former Hapoel Be’er Sheva star has sent this emotional message to Celtic fans on Instagram following the setback:

The thing that hurts me the most in these moments is that I can't do what I love in life, which is to play football and help the team achieve our goals together this season. I will do the max again to come back as fast and strong as possible.

Since his £1.6 million move to Parkhead in the summer, Elhamed has featured in 13 games for Celtic across all competitions and had established himself as a starter prior to the knock.

His unavailability hasn’t particularly affected Lennon’s side thus far, but the team need him back as soon as possible given his quality and importance to the side.

Jeremie Frimpong has established himself as Celtic’s first-choice right-back since Elhamed’s injury, and the teenager has been very impressive.