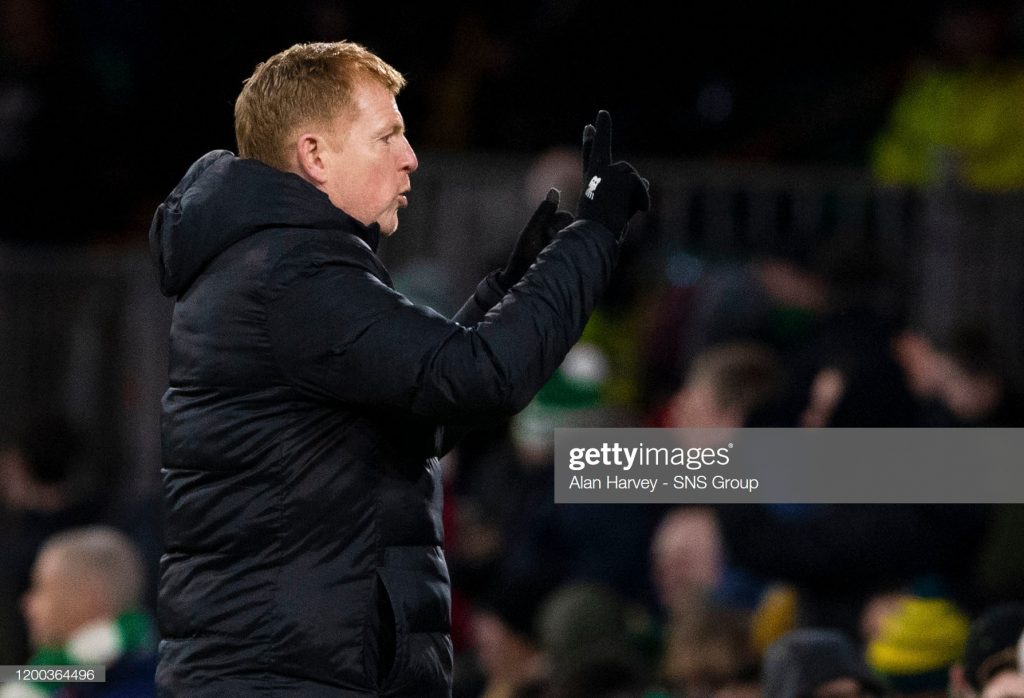 While the Hoops strolled to a comfortable victory at Parkhead, Steven Gerrard’s men struggled against Kilmarnock at Rugby Park, losing 2-1 despite leading for 77 minutes.

Celtic boss Neil Lennon got wind of the result and couldn’t help but troll Rangers, signalling 2-1 – the scoreline – to the stands from the dugout as the Parkhead crowd celebrated Killie’s win.

While they have played one more game than the Light Blues, the Hoops will fancy their title chances as a result of the huge 10-point lead they now hold with just 12 games left in the season.

Celtic have won all their six league games since that Boxing Day defeat at the hands of Rangers, and are looking unstoppable as their title rivals continue to stutter.

Gerrard’s side have lost twice and drawn once since that victory that threatened the Hoops’ title bid, and catching up with Lennon’s flying men looks just impossible at this point.