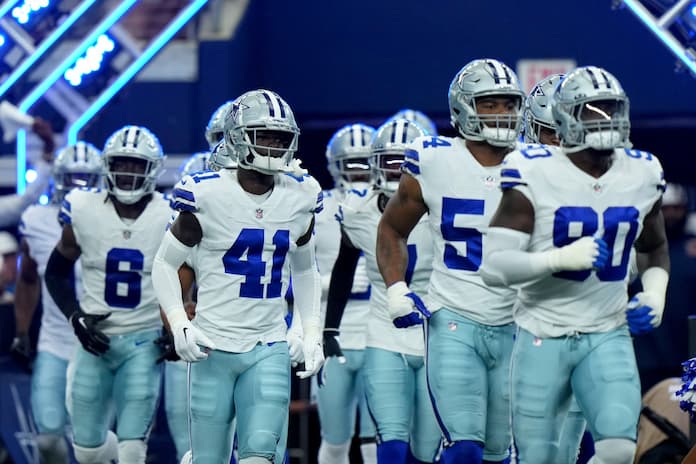 With the game between the Cowboys and Giants tied at 13-13, the Cowboys were 1st and goal with just over eight minutes left. Backup QB, Cooper Rush, found Lamb in the end zone, and the WR pulled off an astonishing one-handed catch.

CEEDEE LAMB WHAT A CATCH 😱🔥

The game ended 23-16 to the Cowboys in New York. The win puts their record at 2-1, and is seen as a big victory against a Giants team who were 2-0 before the game.

Gaining that extra edge in a game can be the difference between getting a W or L.

With the score tied at 13-13, the catch from Lamb lifted the Cowboys and appeared to deflate the Giants.

The touchdown came after a drive took them 11 plays to travel 89 yards. The long drive was ended in spectacular style. It silenced the noisy New York crowd, something that’s always key when on the road.

From then on, it never looked in doubt that the Cowboys would take the W.

Here are some of our favourite reactions to the one-handed catch:

ceedee after the drop pic.twitter.com/UPTDhRpcJe