The former AC Milan and Juventus manager left Milan in 2009 for Chelsea, and has not coached in Italy since. 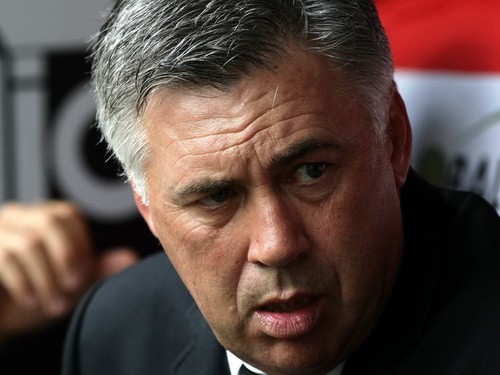 “How is Italian football seen from Madrid? It is worrying,” Ancelotti said in an interview with La Repubblica.

“All countries are making progress, but we are static. San Siro being empty is sad, interest is lost in calcio.

“The League has little charm, it does not attract the champions. The stadiums and infrastructure are the main problem.”

Whilst Ancelotti said the technical quality was “not that bad” in Italy, he spoke about the importance of infrastructure reform in Italian football.

The 55 year-old has coached both Chelsea and Paris Saint-Germain, highlighted the importance of clubs owning their own stadiums.

“A great event can help [Italian football],” Ancelotti said. “It happened for Germany at the 2006 World Cup, it will happen for France with the 2016 European Championships.

“But you need stadiums that are owned, such as Juve’s. I have looked at the phenomenon – Manchester United take €180m from their stadium, Milan €20m.

“Real, who will improve further the Bernabeu, continually invest in their own image.

“They have a museum of 3m visitors a year.”