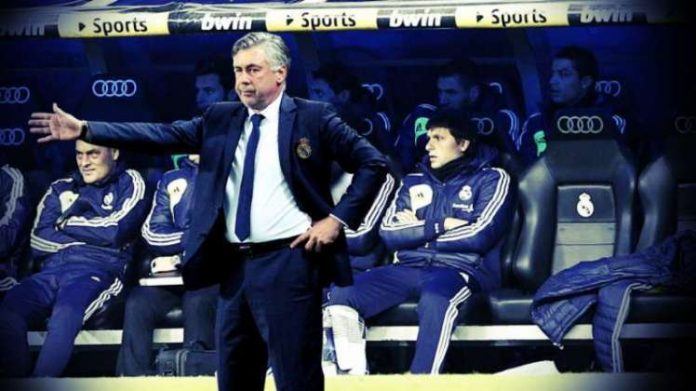 La Liga runners-up Real Madrid have been one of the most busy sides regarding incomings and outgoings this summer.

Madrid have sold a number of players from the first-team squad in the last few weeks – and have greatly strengthened in the positions they were lacking in.

They currently have their eyes set on a couple of names – most notably from the English Premier League, but rumours had surfaced that a number of current personnel would be used as part-exchange make-weights.

Manager Carlo Ancelotti has revealed no more players will be leaving the side as he’s content with who he already has.

‘Being at Madrid isn’t so bad. No player is in a position to leave. The dressing room is great, the atmosphere is really good. The start of the league is the important thing now and we’re ready to get going.’

Real Madrid left wing-back Fabio Coentrao has been linked with Tottenham Hotspur – with Gareth Bale potentially going in the opposite direction. Tottenham manager Andres Villas-Boas has long-admired the Madrid player and is reportedly preparing a bid to procure his signature.

Winger Angel Di Maria, and central-midfielder Sami Khedira were two players heavily linked with moves away from the Champions League semi-finalists, but no official bid has been made for either players.

Ancelotti’s predecessor, Jose Mourinho, now of Chelsea, was said to have shattered relations within the Madrid camp. Following his departure, a number of players were still looking for a way out of the Spanish giants, but Ancelotti added how the team spirit is high within the camp.