United Arab Emirates
Home News can wigan athletic save themselves 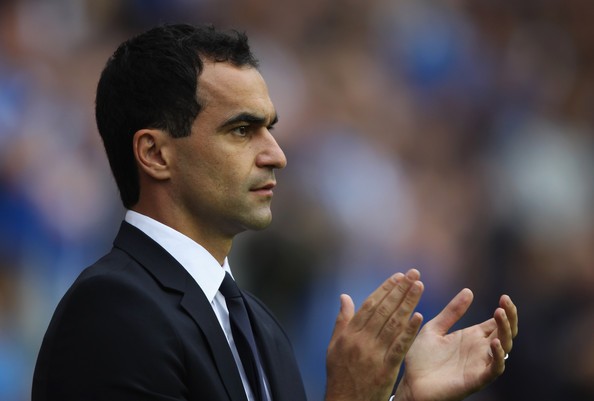 We may be just a few games into the season, but already, Wigan are engrossed in a relegation dogfight. The appointment of Roberto Martinez last season by Dave Whelan was a gamble considering Martinez is new at football management.

Unfortunately, it’s a gamble that is yet to pay dividends. All that exists are a few fond memories scattered about a tenure that has produced highly inconsistent results thus far. But, the club is not a hopeless case by any means, despite the merciless floggings suffered at the hands of Chelsea, Tottenham and Manchester United between last season and present. What can they do to turn things around?

Given the squad and the attractive style of football that Martinez is trying to have his team play, I think that the 4-2-3-1 formation that he uses so regularly is an ideal fit. My problem though, concerns how he organizes his five-man midfield.

Hugo Rodallega is without doubt the club’s top marksman. Yet, he is often deployed out on the left side of attacking midfield. This no doubt has a telling impact on the amount of goals Wigan score or don’t score for that matter. I feel that Rodallega offers more of a threat when played through the middle as a striker. Mauro Boselli is still trying to adapt to his new surroundings and Franco Di Santo is still somewhat inexperienced. Therefore, Rodallega should be moved to his primary position as a central striker in order for Wigan to offer a genuine threat in front of goal.

That said, who should play on the left then? Well, the impressive Tom Cleverley (on loan from Manchester United) may be injured at the moment, but when he returns, I recommend that he play there. Victor Moses would also be effective there. Of course, Charles N’Zogbia would occupy the right-hand side of attacking midfield. He is very effective when cutting inside on his stronger foot. Without doubt, the club is very fortunate to still have him in their ranks.

A very important position in the 4-2-3-1 system is “the hole”- the position just behind the main striker, which in this case should be Rodallega. Who should play there? There are three players who can effectively fill that position, in my opinion- James McCarthy, Tom Cleverley and Jordi Gomez. I’ve already recommended that Cleverley take Rodallega’s place on the left-hand side of attacking midfield, so James McCarthy should play in “the hole”. He has caught the eye since his arrival at the DW Stadium. He is both quick and creative and thus would provide excellent support for Rodallega.

What about Wigan’s defence? In that area, there is much cause for concern. Last season, Wigan conceded 79 goals and ended up with a (-42) goal difference- a record for a Premier League club that stayed up! Martinez tried to address that matter by bringing in Antolin Alcaraz and Steven Caldwell, especially since Titus Bramble moved on to pastures new (Sunderland).

However, that is not good enough. A proper Center Back must be bought if Wigan are to stop conceding goals by the truck load. One good move at the back saw Ali Al Habsi transfer from Bolton on loan. He has proven to be a terrific signing for them between the sticks. Of course though, he can’t do it all on his own. Wigan also need for Gary Caldwell to regain his fitness soon. He is the best Center Back they have at the moment. At Full Back, Maynor Figueroa has established himself as a quality signing at Left Back while Ronnie Stam, given time, will succeed at Right Back.

In holding midfield, Mohamed Diame has proven to be a decent signing for them. James McArthur would be his ideal partner. However, Ben Watson and Hendry Thomas can both play there as well.

So overall, other than the need for a quality Center Back, Wigan’s squad is fairly decent. With a few tactical changes, I don’t see why this club shouldn’t move from battling relegation to fighting for a mid-table place. The season is still young and there is much time to improve. Hopefully, Wigan can put their serial inconsistency and defensive woes behind them and give the fans a reason to cheer.