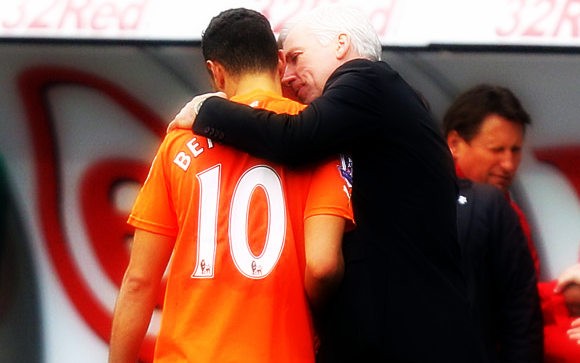 Undoubtedly one of the biggest surprises of last season was the performance of Newcastle United, who finished fifth in the Premier League, and were in contention for Champions League football throughout the campaign.

Many were quick to write them off at various stages, citing it as a fluke that they were in the position they were, but they just kept plugging away and the transfer dealings of manager Alan Pardew were inspired. With the new season just over a week away, many are again questioning whether Newcastle will be able to cement their place among England’s elite, with this season more competitive than ever before.

The most important thing is that they have kept almost exactly the same squad as last year. The likes of Papiss Cisse, Demba Ba, Hatem Ben Arfa and Yohan Cabaye could easily have been tempted by a move to an even bigger club, but their loyalty speaks volumes about the team spirit Pardew has created within the club. Ben Arfa, in particular, is renowned for being a disruptive influence in the dressing room, but there have hardly been any issues whatsoever with the young Frenchman. Again Pardew deserves huge credit for this.

Looking at their best starting eleven, it is packed with international players who are all either at, or approaching, their peak.
Tim Krul has almost been on a par with Joe Hart as the outstanding goalkeeper in England over the last 12 months, and at 24 he is only going to get better. It was only the experience of Martin Stekelenburg that earned him the first choice spot for Holland at Euro 2012, and it won’t be long now until Krul replaces him as the Dutch number one.

Captain Fabrizio Coloccini led the side superbly and has gone from being a weak link from when he first arrived, to one of the best centre halves in the Premier League. His partnership with Mike Williamson at the back was the foundation that the rest of the team was built around, and the Englishman’s displays were a pleasant surprise considering his relatively modest club career pre-Newcastle.

The full back positions are probably the areas that could be improved in terms of quality, particularly at right back, where Danny Simpson is solid but unspectacular. If the club have lofty ambitions to finish in the top four, they need to persist in their attempts to lure Mathieu Debuchy away from Lille. The marauding French international had an excellent Euro 2012, particularly against England, and would be a great addition to the back four.

Ryan Taylor and Davide Santon tussled for the left back spot throughout, but the latter appeared to be first choice towards the end of the season. Still only 21, much was expected of him when he signed from Inter Milan a year ago, but he struggled early on to cope with the pace and power of the Premier League. There are signs now that he is improving, and he could become a top player for Newcastle and Italy. 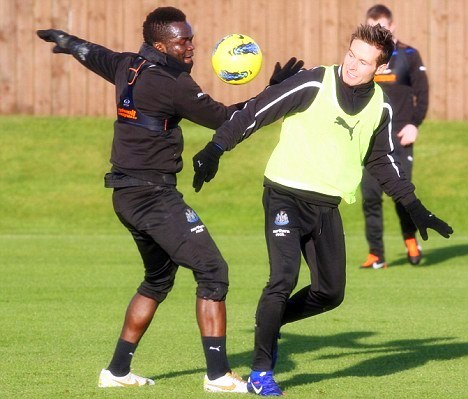 The midfield duo of Cabaye and Cheick Tiote have been magnificent signings, and both are probably worth at least double what Newcastle paid for them originally (£4.3m and 3.5m, respectively). Cabaye’s clever, creative game is complemented perfectly by Tiote’s physical, dominant style, much like Roy Keane and Paul Scholes did to such devastating effect at Manchester United in their pomp.

Jonas Gutierrez has been one of the most popular players at St. James Park over the last couple of years, and it’s not difficult to understand why. He works as hard as any wide man in the league and going forward he is a wiry, tricky player capable of beating a defender with ease. He is perhaps not the most gifted player in the world but, much like Dirk Kuyt did over the years at Liverpool, he is quietly effective and is an integral part of the team.

The front three of Ben Arfa, Ba and Cisse is the most exciting attack Newcastle fans have seen since the days of David Ginola, Les Ferdinand and Alan Shearer in the mid 90’s.

Ben Arfa is the one player in the side with true flashes of genius at his disposal, and his remarkable solo effort in a crucial game against Bolton in April is proof of this. At 25, he is still maturing as a player, and if he can stay out of trouble off the pitch he has the potential to become a world class player over the next two or three years. It is vital Pardew does his utmost to keep hold of him. 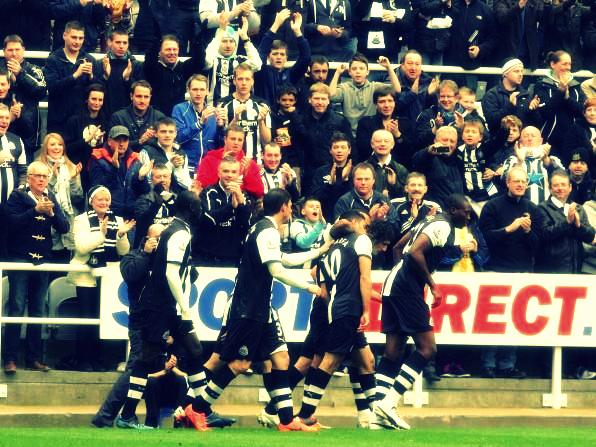 Ba started the season like a house on fire, and he could literally do nothing wrong. His general link-up play and finishing was superb, and it was actually the signing of his fellow countryman Cisse that saw his form dip. Cisse has scored 13 goals in 14 games in the league since arriving in January, and he is a very similar player to a former number nine at Newcastle, Andy Cole. His strike at Stamford Bridge, an outrageous outside-of-the-foot half-volley from out wide, was arguably the goal of the season. For both players it will be this season that they will be judged on and, much like the side as a whole, can they prove that last season was not just a one-off.

Looking at their rivals for the Champions League places they have all strengthened significantly, which is only going to make Newcastle’s task tougher. Without taking anything away from Pardew and his players, Arsenal, Chelsea and Liverpool all struggled hugely at times and will feel that this time around they should all finish higher than Newcastle.

Arsenal have added Lukas Podolski and Santi Cazorla to their squad, which should give them an extra dimension in attack, although Robin Van Persie’s departure looks highly likely now. There are signs that with Thomas Vermaelan and Laurent Koscielny in defence
they are finally showing a more resolute side to their play too.

Chelsea, who finished one place below Newcastle in sixth, have added world-class players to their squad and will feel that winning the title is not completely out of the question. The signings of Eden Hazard and Oscar will add a freshness and attractiveness to their style of play that was lacking last season.

Liverpool, meanwhile, have an exciting new manager in Brendon Rodgers, whose footballing philosophy is very similar to Barcelona’s. Things never quite worked under Kenny Dalglish last season, and it is impossible not to see a vast improvement in their final league position. The addition of Fabio Borini and the probable arrival of Joe Allen add much-needed depth to the squad, and if Steven Gerrard and Luis Suarez can stay injury free they will become a real force again.

Tottenham have dipped since their title-winning form in the first half of the season, and with Andre Villas-Boas in charge they may take a while to adhere to his tactics. Losing Luka Modric would be a crippling blow, as he is the creative hub of the side, but Gylfi Sigurdsson will be a top class signing. Jan Vertonghen will be a good replacement for the retired Ledley King but again may take time to adjust to the Premier League. Of all Newcastle’s rivals, Spurs are the ones most likely to finish below them.

Assessing Newcastle’s likely league position at the end of the season, seventh looks the most likely. They have a very solid starting line up, but injuries to key players could expose their lack of depth in the squad. Similarly, if their star attacking players fail to find their best form they could struggle to break sides down. They deserve huge praise for their efforts last season, but added quality in the other top clubs will deprive them of of a place among the elite.

If you can’t wait for the new season to start, then kill some time over at www.betfair.com with some great games.There is the football based slot game – ‘Football Rules’ or if you fancy something with more excitement there is always the live dealer games, giving you the experience of being in a real casino.