Liverpool boss Brendan Rodgers has ruled out the possibility of his side winning the Premier League this season, claiming that the size and current state of his squad does not yet match up to likes of Manchester City and Chelsea in the race for the title.

“I don’t see ourselves as title contenders,” Rodgers told BBC Sport. “As a team, it’s too early for that,”

“The squads these clubs have, they’re set up in order to fight for the titles,”

‘We’re a team and a group that is still evolving. We’ve gone from eighth to seventh last year,”

“We’re now looking at making a big jump into the top four. It doesn’t mean it’s any lack of ambition, it’s the reality.”

Rodgers words ring true in many ways, as despite the qualities of the likes of Daniel Sturridge, Luis Suarez and Steven Gerrard, Liverpool’s squad is still a long way from being able to effectively undertake a 60 game season.

Liverpool’s 2-1 defeat to Chelsea in December highlighted this. Rodgers was without Gerrard, Victor Moses, Jon Flannagan, Sturridge and Jose Enrique for the match, and had to hand 19-year-old youngster Brad Smith a second-half debut, and sit 16-year-old Jordan Rossiter on the bench. 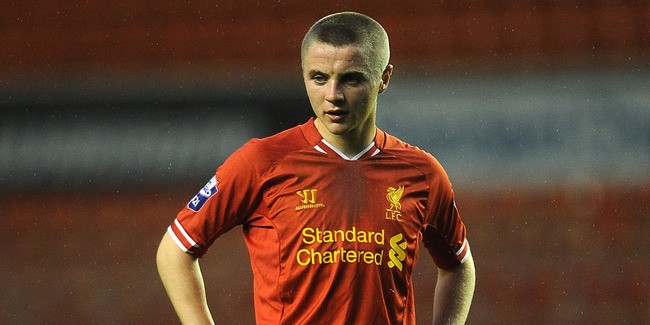 While we all know and applaud Rodgers’ penchant for giving his youth players ways into the first team setup, and acknowledge the talent of both youngsters, untested youth should not have to be called upon in such a crucial game in the title race.

In contrast, Chelsea were able to discard a player of Juan Mata’s calibre last month, while City’s £107m strike force is the envy of the Premier League!

Liverpool currently lie fourth, eight points behind Arsenal at the top. Not an insurmountable amount by any means, but Rodgers is right to put a dampener on expectations, as like he says, the strides they’ve made this season through their often stunning style of play and general quality of their first team is reward enough.

In my opinion, they’ve more than enough quality to hold off the likes of Manchester United, Everton, and Tottenham and secure that coveted Champions League spot this season.

But, while Liverpool may be realistically out of the title race, they will have a huge effect on who eventually comes out on top, as they are still to play almost every one of their direct rivals at Anfield this season.

Arsenal are the first, with the Gunners travelling to Anfield on Saturday afternoon, with Tottenham, Chelsea and Manchester City all having to take on Rodgers’ vibrant side in their own back year in the next few months.

What do you think? Can Liverpool upset the apple-cart? Let me know in the comments below…