Steeped in history, which many would argue even stems from the 15th century Wars of the Roses, the rivalry between Manchester United and Leeds United is one of the most marketable football fixtures out there.

Yet, with its first top-flight staging coming this December, after a 16-year hiatus, there are some who doubt that it can project its old magic due to the disparity in fortunes between the clubs over that period.

Leeds vs United in the ‘New Man’ era

Practically speaking, most fans of either club within a certain generation will agree that the venom was only truly injected into the rivalry in the 1970s. In tune with the growth of terrace culture and its innate brutality, Leeds were one of the most uncompromising teams in that era, with their oft-cited penchant for ‘dirty’ tactics proving successful, and eclipsing the raw respective talents of Manchester United legends such as Sir Bobby Charlton and George Best.

With Leeds United suffering relegation in 1982, and regaining top-flight status eight years later, the rivalry was put on ice during a truly transitional era for the English game. Much had changed by the time Leeds restored their top-flight status in 1990, with terrace hooliganism on the wane and the advent of Italia 90 (the World Cup of 1990) now retrospectively seen as key to reinventing English football on and off the pitch.

In 1991/92, the last of the ‘old’ First Division title races was dominated by Leeds and Manchester United, but it was Leeds who prevailed, and prolonged their rivals’ wait for the top prize into a 26th year. Leeds would thus enter the new Premier League as reigning top-flight champions, but they dropped like a stone, finishing 17th out of 22 and handing over the title to Manchester United in 1993.

Nuisances in lieu of equals

While teams like Manchester United have been shocked already this season, Premier League culture demands that certain teams invariably start off as favourites in moneyline betting markets for top events in English football. The Red Devils are certainly amongst them, and that is deeply rooted in their extensive honours list: 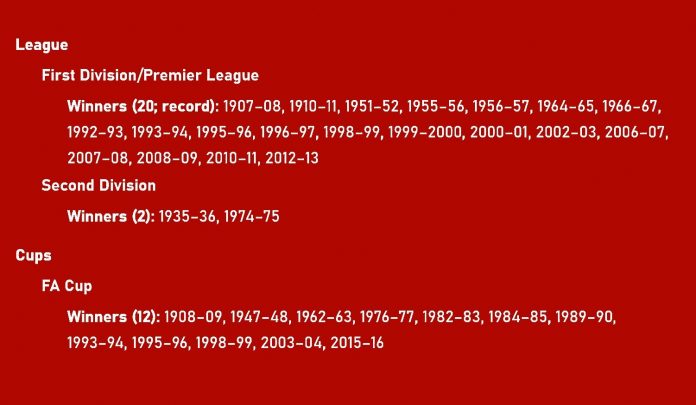 While Manchester United went on to win another four titles, between 1994 and 1999, Leeds’ fortunes were somewhat up and down. Even so, they still found their ways to torment the Red Devils, with a 3-1 win over them on Christmas Eve 1995 seemingly ending Manchester United’s quest to immediately regain the title.

So too was there a win for Leeds in August 1997, which saw the birth of the infamous feud between Roy Keane and Alf Inge Haaland, and proved crucial towards seeing United hand over the title to Arsenal at the end of the 1997/98 campaign:

Form is temporary, class is permanent

Leeds began to re-emerge as a force in the 1998/99 season, with young talents such as Jonathan Woodgate, Michael Bridges, Alan Smith and Harry Kewell playing fearless, progressive football under David O’Leary, who was universally considered the greatest young manager in English football back in 1999.

Such feelings redoubled that autumn, as Leeds powered to ten straight wins, resulting in said standing at the top of Y2K’s very first league table. Though Leeds faltered, they still finished third – and qualified for the UEFA Champions League – in addition to reaching the UEFA Cup semi-finals

They reached the Champions League semi-finals the following season, but would be frustrated. In 2000/01 – the same season that Manchester United become the first team to win three successive Premier League trophies – Leeds failed to re-enter the Champions League.

As a result, they were unable to sustain the wages demanded by the talents they signed in anticipation of Champions League qualification. Within three years, the Whites were flat broke, and plunged into a long dark age after relegation in 2004.

It is hard to predict where exactly the teams will stand come December, or even assume that both managers – especially Ole Gunnar Solskjaer – will still be in their respective posts.

In the red corner of this battle, Manchester United cut an underwhelming figure. They looked unconvincing in the opening month of the new season, firstly proving the belief that Old Trafford is no longer a fortress, by losing there against last season’s second-lowest scorers Crystal Palace for the second campaign running. There was also an element of good fortune about their victory at Brighton, though calamitous defending very nearly stripped them of two points.

As for Leeds, they are likely to show the same fearless approach to attack, as seen in their first two games, both of which ended 4-3. Yet, they too can cut the mustard in defense when needed, as proven in their hard-fought 1-0 win over Sheffield United. Ultimately, the main USP of this fixture will be Leeds’ unpredictable approach against United’s old mastery.