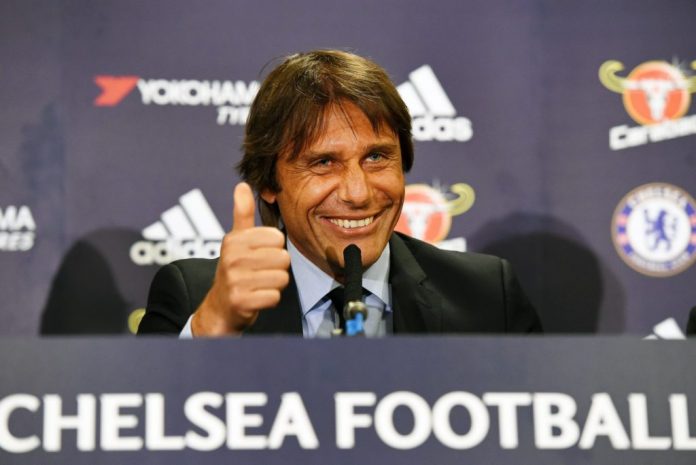 Chelsea are on course to land their fifth Premier League title. Under Antonio Conte, they have had the most incredible campaign, going from 8th at the end of September to runaway leaders at the end of February. They are currently 10 points clear at the top, and even though Manchester City can close the gap to 8, the Blues are huge favourites.

They are presently on 63 points from 26 games played. They need another 29 points to be mathematically certain of being crowned champions in May. That number will get them to 92 points, which would be the joint second-highest points tally in the history of the Premier League. Manchester United also had 92 points in the 1993/94 campaign, but there were 42 participating teams back then, compared to 38 now.

The record for the highest number of points is held by Jose Mourinho’s Chelsea, who won the title with an incredible 95 points in the 2004/05 season. Can Conte’s Blues match that?

It will be a very difficult task, but it’s not impossible. At this stage in 2005, Mourinho’s men had 65 points, two points more than the current brigade. Conte and Co. can achieve a maximum of 99 points, if they are able to score 36 points out of 36 from the games that remain. In all likeliness, that seems like a pretty tall order.

To match the record from 2005, they can afford to draw two more games. A look at their remaining fixtures shows that there are only three major tests that remain (fixtures against the current top 7), and all of them come in April. They host Manchester City on the 6th, before travelling to Old Trafford and Goodison Park in the second half of the month.

Between October and January, Chelsea went on a 13-match winning streak. Along the way, they beat City at the Etihad Stadium and also picked up home wins against United and Spurs. They certainly have it in them to go on another similar run.

It will, of course, be interesting to see if they kick on with the same venom if they are able to seal the title with a few weeks of the season remaining. In 2006, Mourinho’s Chelsea had already been crowned champions with a couple of weeks remaining. They had 91 points from 36 games, and seemed on course to beat their tally from the previous year. But, they lost both their last two matches.

Conte though, is a different prospect altogether and simply will not let up. Just ask Gianluigi Buffon.

An incredible achievement under current circumstances

The current scenario is very different to the one back in 2005. Between that year and 2009, the lowest points tally for the champion was United’s 87 in 2008. Last year, Leicester City won the league with 81 points. It will be a huge achievement for Chelsea to even get to 90, considering the amount of competition this season. A few weeks into the season, all of Man City, Man United, Liverpool and Spurs had genuine reason to believe that they could win the title. Establishing such dominance in a 6-horse race speaks volumes about Conte and his success.

If anything, Chelsea only look like improving with time. Even if they are unable to beat the record this season, there is nothing suggest that they can’t have a solid summer and perform even better next year. Conte improved on his tallies in each of his three seasons at Juventus. He won the Serie A title in every one of those campaigns, with the last one coming with a record 102 points.