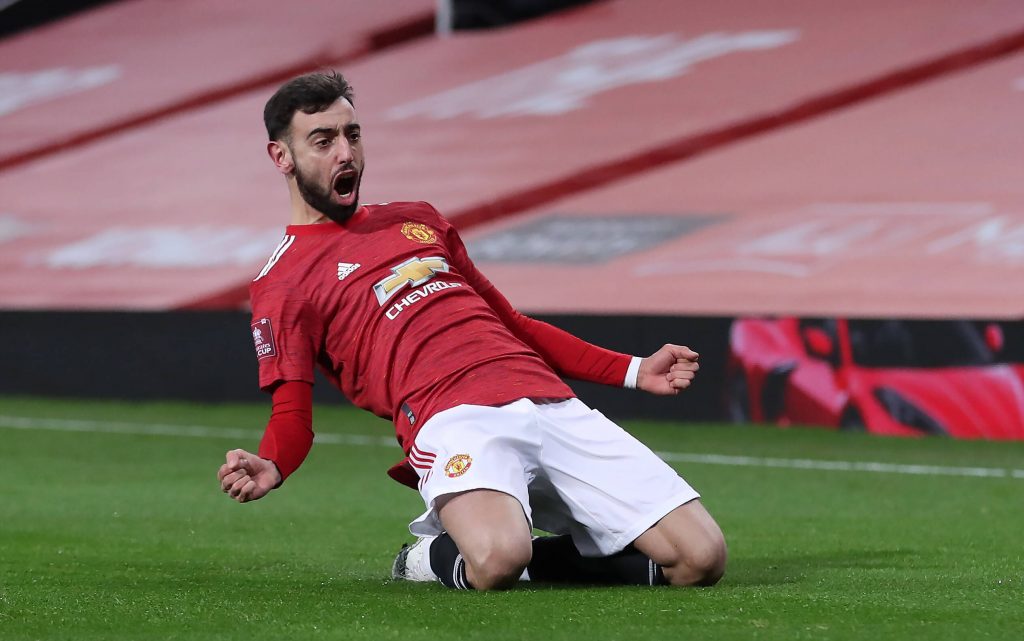 The 27-year-old midfielder joined the Old Trafford outfit back in January 2020 for a fee of around £60 million and he has developed into a key part of Ole Gunnar Solskajer’s first-team plans.

Apparently, the player is a target for Real Madrid and Barcelona but Manchester United are keen on tying him down to a new long term contract.

Fernandes is expected to sign a new deal that will keep him at the club until the summer of 2026 and he will earn more than £250,000 a week.

As per the Sun, the two parties have been in talks for months now and the extension could be announced within the next few weeks.

Apparently, the signing of Cristiano Ronaldo has played a key role in convincing the midfielder to commit his long term future to the club.

The Portuguese attacking midfielder scored 28 goals and picked up 17 assists across all competitions last year and he has made an impressive start to this campaign as well.

Fernandes has four goals and an assist to his name in five appearances so far.

The midfielder is undoubtedly one of the best players in the Premier League and tying him down to a long term contract will come as a massive boost to the squad and the fanbase.

The Red Devils will be hoping to end their title drought as soon as possible and keeping players like Fernandes at the club could be the key to realising their ambitions.