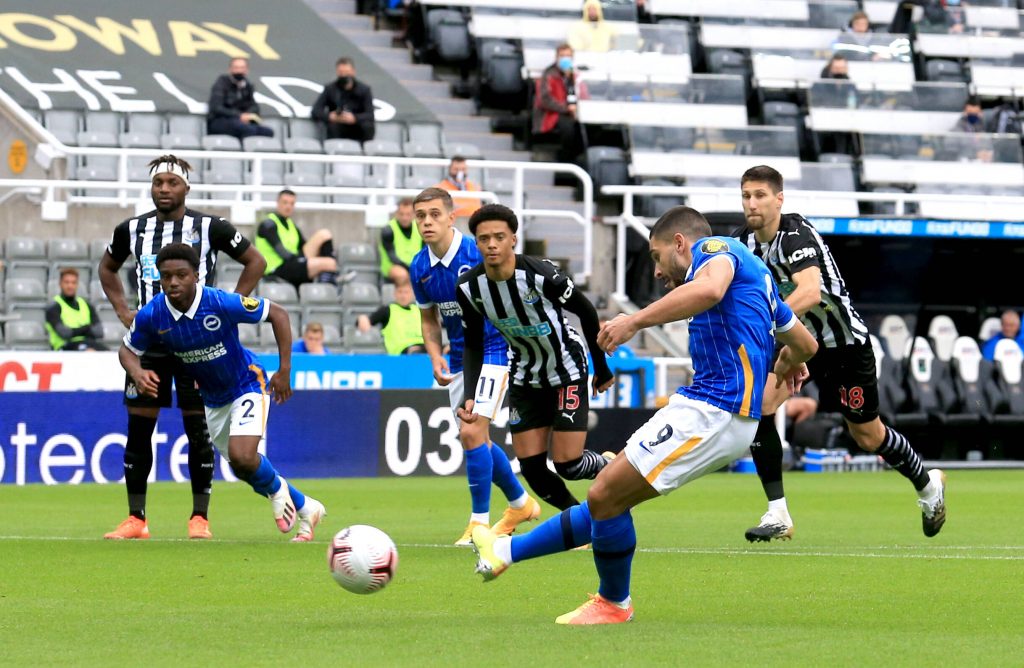 Both sides head into this matchday narrowly outside the drop zone and can ill-afford more slip-ups if they are to compete in the top-flight next season.

Brighton ran out 2-1 victors at Southampton last time out, bringing a five-match winless streak in the Premier League to a halt (D2, L3).

Taking on Newcastle in such a delicate stage of the campaign is a rare opportunity for the Seagulls to extend the gap on 18th-placed Fulham, as they have registered a shutout in six of their seven top-flight encounters.

Graham Potter’s men have not lost any of their seven Premier League meetings with the Magpies (W3, D4) – the only other team they’ve faced this many times without losing is West Ham United.

After claiming a convincing 3-0 victory at St. James’ Park in the reverse fixture, Brighton will be looking to secure a league double over Newcastle for the first time since 1978/79.

However, they will have to defy a disastrous home form that has seen them win just once in their last 18 Premier League fixtures on home soil (D8, L9).

Newcastle’s tally of nine Premier League points in 2021 is second to just Southampton (7), with the Magpies losing 61.54% of their league matches since the turn of the year.

Clueless in the final third, Steve Bruce’s men have drawn a blank in two of their last five Premier League outings, scoring precisely once per game in the other three.

Away from home, Newcastle have failed to get on the scoresheet in six of their last eight top-flight fixtures, with just two sides netting fewer goals on the road than the Magpies (11) this term.

Only rock-bottom Sheffield United (6) have bagged fewer first-half goals than Bruce’s team (9) this Premier League campaign, which accounts for 32.14% of their total goals managed so far (28).

Newcastle remain the only side in the English top-flight yet to score inside the opening 15 minutes of play in away games.