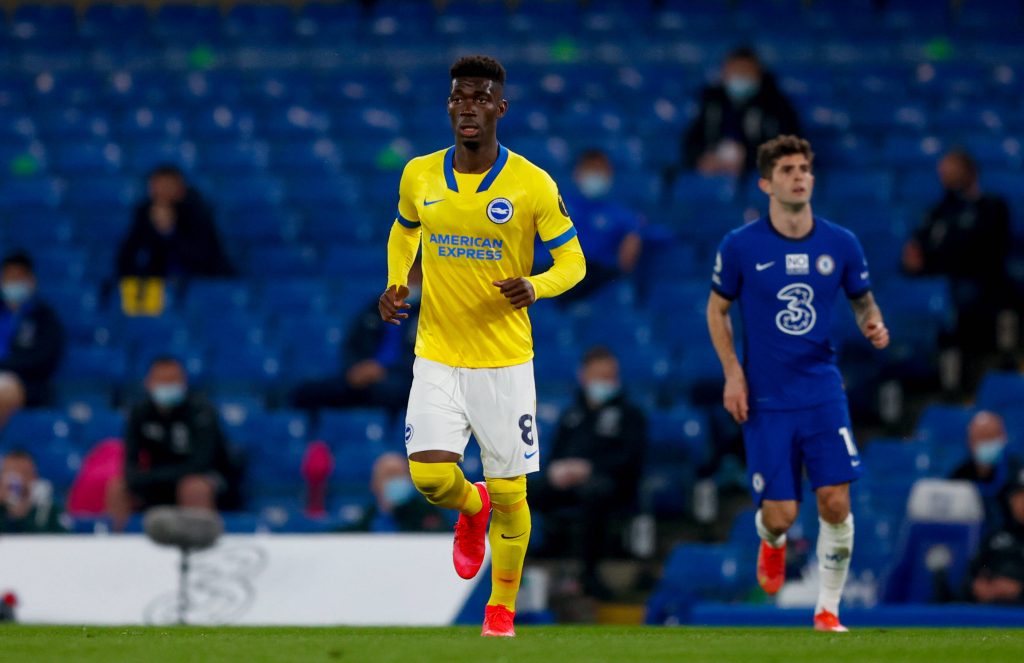 According to The Athletic, Brighton and Hove Albion midfielder Yves Bissouma will cost Liverpool, Arsenal and other suitors over £40 million this summer.

Manchester United, Real Madrid, Leicester City and AS Monaco have also been linked with the 24-year-old, and more suitors will likely emerge for him this window.

BBC Match of the Day presenter Gary Lineker has dubbed the Liverpool target an exceptional footballer, and their former defender Jamie Carragher believes clubs will be tabling bid for the Mali international.

Reds boss Jurgen Klopp has been keeping tabs on Bissouma since last year as he looks for a replacement for the out-of-contract Georginio Wijnaldum.

Arsenal manager Mikel Arteta is also a big fan of the Brighton star but is not likely to pursue his services this summer after landing Ghana international Thomas Partey from Atletico Madrid in January.

Bissouma has established himself as one of the best defensive midfielders in the English top-flight, and he has the quality to play for any of the so-called ‘Big Six’.

Wijnaldum is all but set to leave Anfield at the end of the season, having failed to sign a new deal, and Liverpool will need to land a perfect replacement for the Dutchman.

Brighton boss Graham Potter has moulded Bissouma into a top player, and he would not struggle at Anfield.

The box-to-box midfield sensation is solid defensively and also pops up with a cracking goal once in a while.

The Malian has everything it takes to succeed Wijnaldum at Liverpool, and a move to Anfield could be on the cards this summer.