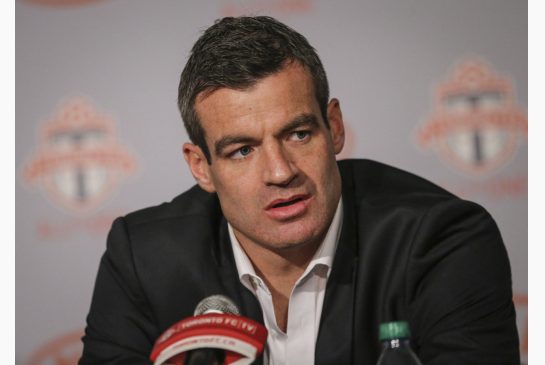 “I believe in the group of players we have here at Toronto FC,” Bezbatchenko said in a statement. “This is a group that we know is capable of winning and it’s our job to put them in a position to be successful. Our recent results have fallen below our expectations and a change was needed. Greg is a person that possesses all the qualities that align with our vision for Toronto FC.”

Nelsen was brought to TFC with the main goal of getting the Reds into the playoff for the first time in the club eight year history. After having a rough first year with the Reds, and finishing in ninth of the eastern conference, it was clear that Toronto needed to rebuild.

The signing of English international forward Jermain Defoe, U.S. international midfielder Michael Bradley and Brazilian striker Gilberto, raised the bar for Nelsen second season goal. However, with no surprise the former New Zealand international was able to rebound in his second season, with the help of the three designated players. The team currently finds themselves in fourth place in the east, and they are on track of clinching their first Major League Soccer playoff birth.

However, having a pedestrian month of August, with the team losing three out of the five matches played in the month, and only having a 9-9-6 record overall kept only a three point gap from falling outside the playoff race. With the threat of missing the playoffs again becoming a reality, Bezbatchenko reacted by releasing Nelson on Sunday.

The 36-year-old English Premier League veteran, now the former head coach of TFC was not the only person to be let go from Toronto. The entire coaching staff that Nelsen brought to Canada was relieved of their duty as well.

Vanney will be taking over the head coaching position with only ten games left in the MLS season to solidify TFC first playoff season. The former U.S. international will be taking charge of the Reds on the road against the Philadelphia Union on Wednesday, a possible defeat or draw could find Toronto out of the playoff picture by the end of the night.