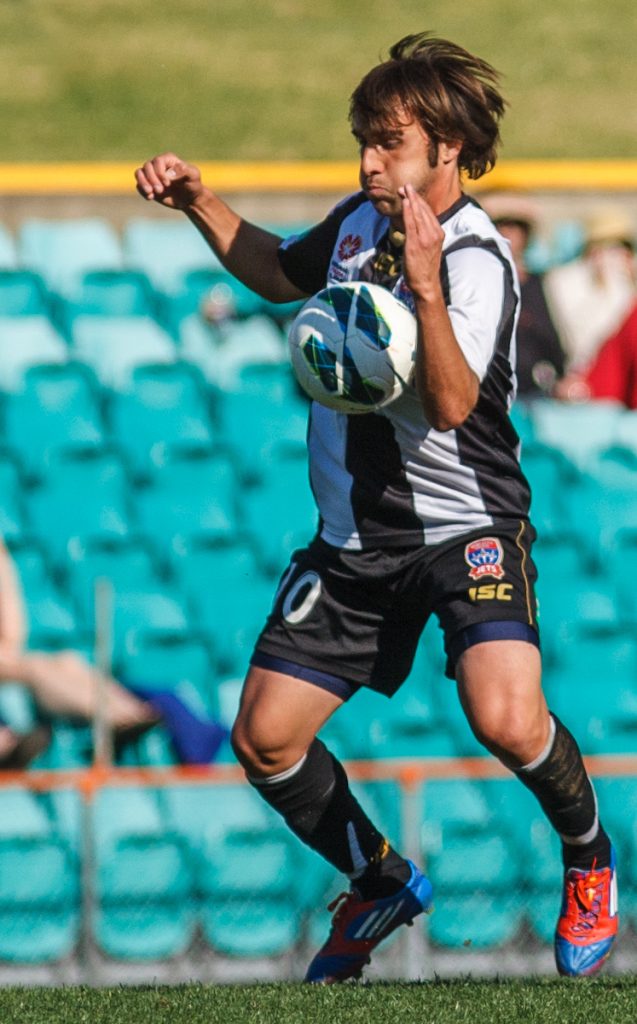 Footballer Bernardo Ribeiro died after falling ill during a match in Brazil.

The Brazilian was playing a match for Friburguense on Saturday when he took ill and had to be replaced, according to O Globo. He was taken to hospital but later suffered a suspected fatal heart attack, according to reports. There hasn’t been a confirmation officially on the cause of his death.

Ribeiro began his professional career playing in Albania with Skënderbeu, and was with Italian side Catania for some time.

He signed for the Australian club Newcastle Jets in August 2012 and made six appearances for the A-League club before moving to Finland to represent IFK Mariehamn. He moved back to Brazil with Inter de Lages last year.

The 26-year-old  represented Friburgense in this year’s Rio State Championship and was rushed to hospital upon falling ill in the game, but medics were unable to revive him and he was pronounced dead on arrival.

“The Nova Friburgo sporting community is in mourning,” his club said in a press statement.

“Friburgense Athletic Club says farewell to a great athlete and human being, loved by every single player, member of the technical staff, director and club official. Our deepest sympathies to the Frizao family and all the family of Bernardo Ribeiro.”

He became the second footballer to die from a suspected heart problem in just two days. On Friday, Cameroon international Patrick Ekeng died after collapsing on the pitch during a Romanian league match against Viitorul Constanta. He came on as a substitute for his side Dynamo Bucharest and collapsed after merely being on the pitch for 7 minutes. He too was 26.