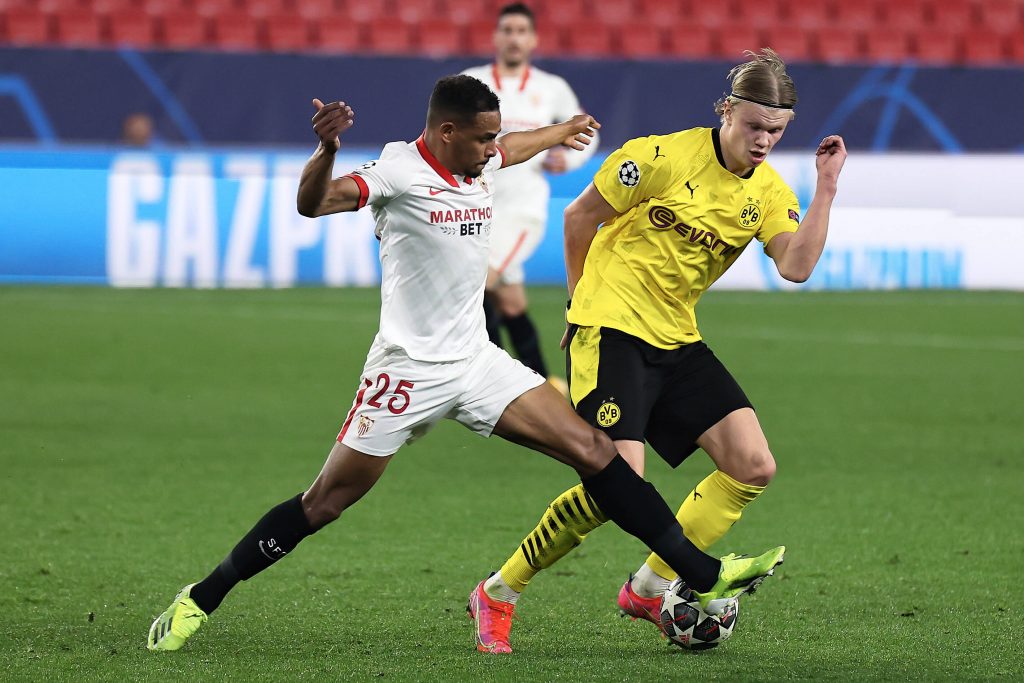 The Champions League action gets underway on Tuesday night as Borussia Dortmund play host to Sevilla in the second leg of their last-16 tie.

Luuk de Jong’s strike in the 84th minute at the Ramon Sanchez Pizjuan threw Sevilla a lifeline in this two-legged tie as they head to Germany looking to overcome a 3-2 first-leg deficit.

Injury-hit Dortmund come into this encounter on the back of a dismal 4-2 away defeat to Bayern Munich in the Bundesliga.

Both sides have their eyes on the quarter-finals and will fancy their chances of reaching the last eight when they lock horns in this exciting showdown.

Undefeated in their last six competitive matches at Signal Iduna Park (W3, D3), Dortmund will be looking to secure a place in the Champions League quarter-finals for the first time since 2016/17.

The Bundesliga heavyweights have gone unbeaten in seven Champions League home games on the trot (W5, D2) since succumbing to a narrow 1-0 loss to Tottenham Hotspur in 2018/19.

Harry Kane’s goal in the abovementioned encounter also inflicted the only reverse on Die Borussen in their last 11 home fixtures in the competition.

Since suffering a 1-0 defeat to Sevilla in the 2010/11 Europa League group stage, Dortmund have lost one of their subsequent seven home European meetings with Spanish visitors (W5, D1, L1).

Except for the two underwhelming encounters with Lazio (1-1 H, 1-3 A), Edin Terzic’s men have netted 2+ goals in the remaining five Champions League outings this season.

Victories against Krasnodars and Rennes on Matchday 4 and 6 put Sevilla in a position to claim three consecutive away UEFA triumphs for the first time since 2006/07, qualifiers excluded.

Although they ran out 1-0 winners in their only previous trip to Dortmund, the Andalusian giants have ended on the losing side in three of their last four Champions League visits to Bundesliga teams.

A trip to Germany could stir some painful memories for Julen Lopetegui, whose only previous managerial Champions League match staged in this country resulted in a 6-1 thumping to Bayern Munich.

Sevilla have to defy the odds if they are to qualify for the quarter-finals as they have failed to overturn any of their three Champions League ties in which they lost the first leg on home soil.

To go past Dortmund, Los Nervionenses have to score at least twice, something they have managed to do in four of their last five outings in the tournament.