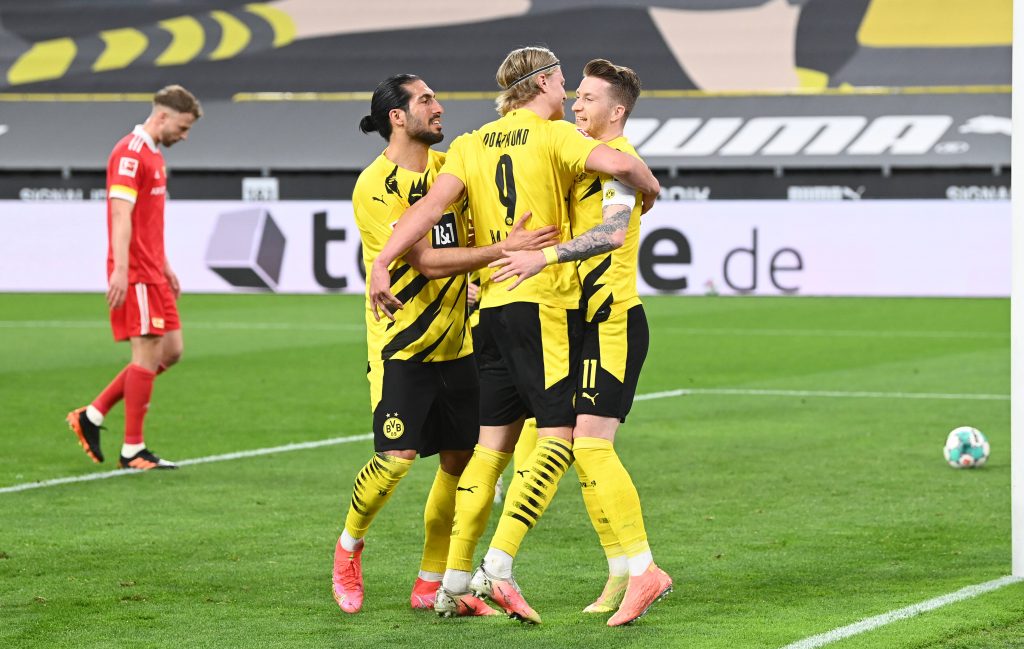 Borussia Dormund will play host to Holstein Kiel at the Signal Iduna Park in the DFB Pokal semi-finals on Saturday. If you are interested in watching this match live online, see our live streaming sites page.

Dortmund are pursuing their first DFB Pokal success since defeating Eintracht Frankfurt 2-1 in the 2016/17 final under Thomas Tuchel.

Meanwhile, the second-tier minnows are looking to qualify for the cup final for the first time in the club’s history.

Except for a tense extra-time win over Paderborn in the round of 16, Dortmund made light work of their DFB Pokal campaign this season.

Die Borussen eased past Duisburg and Eintracht Braunschweig in the first two DFB Pokal rounds 7-0 on aggregate before squeezing past Borussia Monchengladbach 1-0 in the quarter-finals.

Edin Terzic’s men head into proceedings on the back of three consecutive Bundesliga triumphs, all of which saw them win both halves and find the net within the opening 30 minutes of play.

At the Singal Iduna Park, Dortmund have gone from back-to-back 2-1 defeats to two straight victories, both of which arrived by at least a two-goal margin.

Notably, the hosts have found the net in every single competitive outing since the beginning of the season, scoring 2+ goals in 71.43% of such games.

Holstein have shown they are more than capable of causing a major upset this season, having eliminated reigning DFB Pokal and Bundesliga champions Bayern Munich in the second round.

In addition to a penalty shoot-out victory over the Bavarians, Kiel also dumped Darmstadt 98 under similar circumstances while dismantling Rielasingen-Arlen and Rot-Weiss Essen by winning margins of 3+ goals.

However, Die Storche have claimed just one win in five competitive games since overcoming Essen in the DFB Pokal quarter-finals (W1, D2, L2), with three of those fixtures seeing the opener scored within ten minutes of play.

Away from home, Ole Werner’s men have failed to keep a clean sheet in five consecutive 2. Bundesliga matches, albeit they have restricted their hosts to one goal per game on four occasions.

Kiel’s only previous DFB Pokal encounter with Dortmund in the 21st century saw them succumb to a disastrous 4-0 defeat in February 2012.