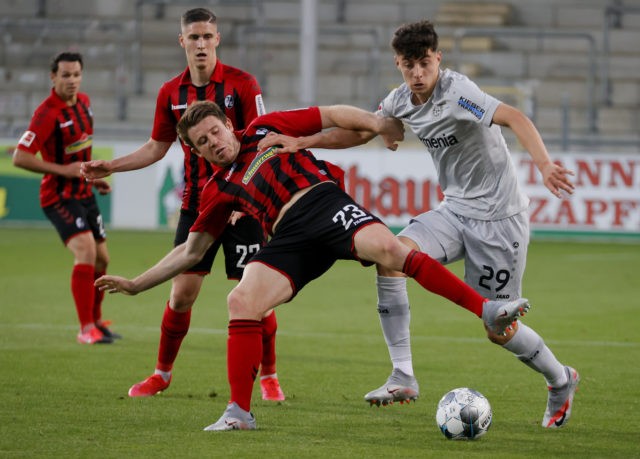 Borussia Dortmund will be hoping to close the gap with the league leaders with a win over Freiburg in the Bundesliga on Friday evening.

The defending champions are currently six points clear at the summit and Dortmund will have to improve a lot in order to catch up.

If you’re looking to watch the Bundesliga clash between Borussia Dortmund vs Freiburg, then Livescorebet have you covered.

If you are a new customer, you can sign up to Livescorebet and watch their Borussia Dortmund vs Freiburg live stream by opening an account. You must make sure your account is either funded or that you have placed a bet in the last 24 hours prior to the event to be able to watch.

Dortmund are coming into this game on the back of a 3-2 win over Eintracht Frankfurt and they will be looking to build on that and pick up all three points here.
They have struggled against Freiburg in the last two meetings and the home side will be looking to turn things around with a strong performance here.
Meanwhile, the visitors have beaten Dortmund in their last two meetings and they will fancy their chances of pulling off another upset here.
Dortmund have been formidable at home this season with 12 wins in their last 13 home matches in the league.
Furthermore, they have an excellent home record against Freiburg as well and they have picked up 10 wins in their last 11 home meetings against today’s opposition.

When does Borussia Dortmund vs Freiburg kick-off?

The Bundesliga clash between Borussia Dortmund vs Freiburg kicks off at 19:30 pm BST, on the 14th of January, at the Signal Iduna Park.

Dortmund will be without the services of Mateu Morey due to an injury.  Manuel Akanji is still recovering from his knee problem and he is set to miss out as well.

Freiburg could be without Killian Sildilia after he tested positive for coronavirus recently.