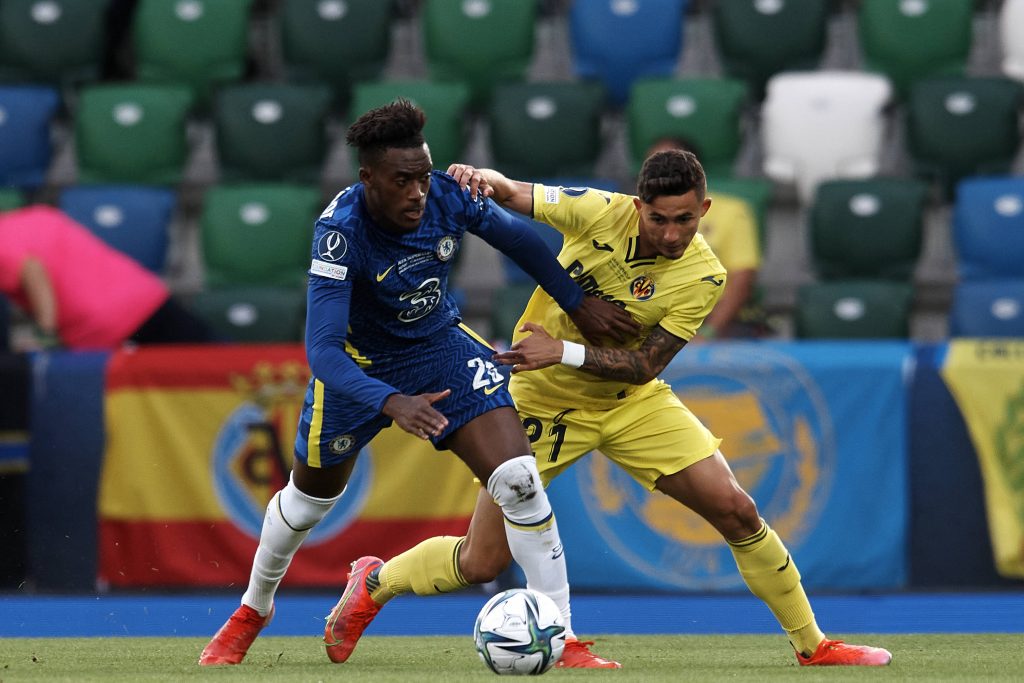 The winger was largely on the bench during the final months of last season, and his situation has not improved this term.

He has been an unused substitute in the first three Premier League games, and Dortmund have now made a season-long loan offer.

Hudson-Odoi is said to welcome the move as he wants to play regular first-team football, but the Blues are undecided over his situation.

Hudson-Odoi was regarded as one of the best young graduates at the club, but he has not progressed compared to other emerging stars.

He made his debut during the first half of 2019, but the season ended on a disappointing note as he suffered a serious Achilles injury.

Since his comeback, he has failed to nail down a regular starting role, and he has often been an unused substitute in the league.

With the 3-4-2-1 formation under Thomas Tuchel, Hudson-Odoi is well down the pecking order with the fierce competition for places.

Mason Mount, Kai Havertz, Timo Werner, Hakim Ziyech and Christian Pulisic have been preferred ahead of him for the two attacking spots.

A loan move with guaranteed game time would do plenty of good for his development, and Dortmund are definitely an ideal club for him.

The club have developed several young players in the past, including Pulisic and Jadon Sancho. Hudson-Odoi would benefit from a Bundesliga stint.

The Blues are undecided over his future, but it won’t come as a surprise if Dortmund land the £120,000-per-week attacker before Tuesday’s deadline.