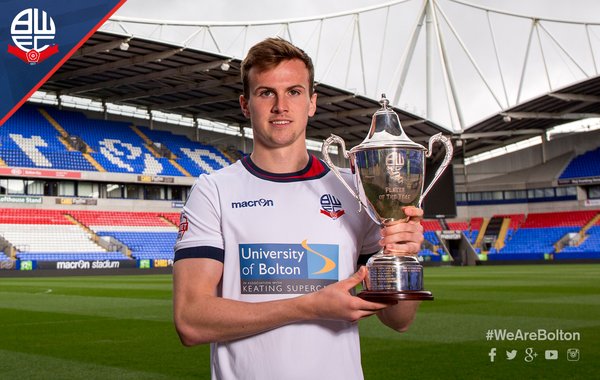 Arsenal are expected to complete a move for the highly talented Bolton Wanderers defender Rob Holding.

The player has been linked with a move to Emirates over the last few weeks and now the local media is reporting that a fee has been agreed between both clubs and the player completed his medical yesterday evening.

It is understood that the deal could be made official once the player agrees personal terms with the Premier League outfit.

Arsenal have also been linked with the Manchester City centre back Jason Denayer and the Borussia Dortmund defender Matthias Ginter this summer. Wenger is thought to be looking at Alexandre Lacazette now as the Gunners aim to challenge for the league title next season.