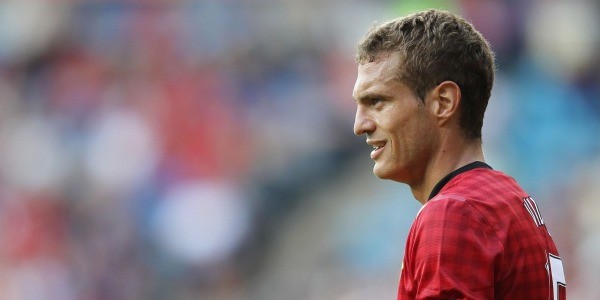 Manchester United defender and skipper Nemanja Vidic has announced that he will leave the club once his contract expires at the end of this season.

The 32-year-old has spent the past eight years at Old Trafford but insisted he has no intention of joining any other Premier League club.

“It’s the last year of my contract and I have had eight wonderful years here,” Vidic said as quoted in The Times.

“My time at this great club will always rank as the best years of my career. I never could have imagined winning 15 trophies and I will never forget that fantastic night in Moscow [when United beat Chelsea to win the Champions League in 2008], memories that will live with me and the fans forever.

“However, I have decided that I will move on at the end of this season. I want to challenge myself again and try to make the best of myself in the coming years. I’m not considering staying in England as the only club I ever wanted to play for here is Manchester United.

“I’ve got a few options to move on and I will choose the right one for me and for my family.

“I am going to focus all my efforts on playing for Manchester United and do the best I can for the team until the end of the season. I hope this stops any further speculation about my future.”

The Serbian could make a move to Italy, with Fiorentina and Inter Milan are among the clubs interested in signing him.

This news will serve as a huge blow to new manager David Moyes, who will now look to sign a central defender as part of his extensive rebuilding plans in the summer.

Further, club hero Rio Ferdinand is also expected to leave the club once his contract expires at the end of the season while the future of Patrice Evra is also in doubt.

The Frenchman has only few months left on his contract, and although Moyes wants to sign another left-back, the prospect of losing three experienced defenders may be unthinkable for the Scot.

Vidic and Ferdinand formed arguably the best central defensive partnership in their pomp, and were instrumental in winning the Barclays Premier League and Champions League double in 2007-08.