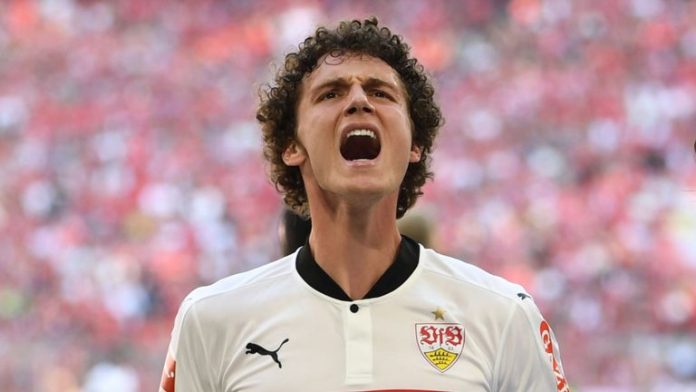 Stuttgart sporting director Michael Reschke has insisted that full-back Benjamin Pavard will not be sold this summer.

The 22-year-old has been linked with both Tottenham Hotspur and Arsenal over the past few weeks.

He is part of the France squad at this summer’s World Cup in Russia and scored a superb goal during Saturday’s thrilling 4-3 victory over Argentina.

That goal highlighted Pavard’s talents, but Reschke has told Stuttgarter Nachrichten that he will stay in Germany for at least another season.

“Benjamin Pavard was already in the focus of the big clubs as a Bundesliga player,” he said.

“That has now increased once again. We want to keep the player – let’s wait, what the next weeks and months bring.

“We will definitely not sell Benjamin Pavard this year for 50 million euros, but we will do everything to ensure that he plays with us for another year.

“We are ready to find a solution for July 1, 2019, with a club that works cleanly and correctly with us.”

Pavard made his international debut for France in a friendly match against Wales back in November 2017.