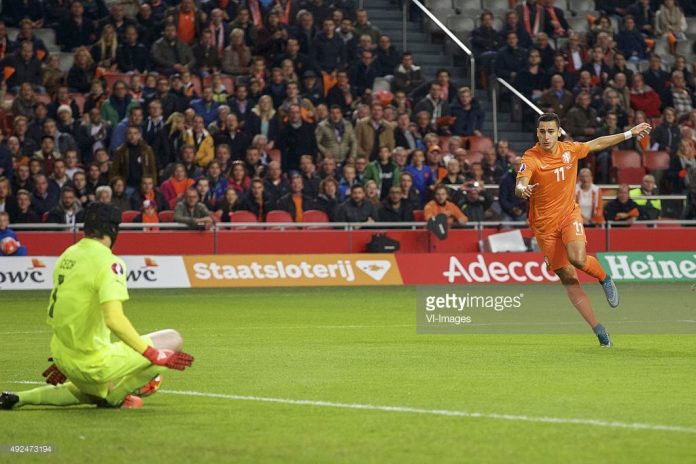 According to reports from France Football, Aston Villa are closing in on Lille winger Anwar El Ghazi as Steve Bruce looks to bolster his attacking options.

The report claims that Villa are expecting to complete an agreement for the 23-year-old today. Villa are also chasing Everton winger Yannick Bolasie, but with Middlesbrough also in the race, Bruce has kept all options open.

Villa boss now has the backing from Nassef Sawiris and Wes Edens to bring in new faces, and El Ghazi could be on his way to Villa Park on loan.

The Championship outfit opened talks about a move for him on Tuesday. The report claims that El Ghazi is no longer a part of Lille’s plans and can leave the club before the end of the month.

L’Equipe (h/t the Birmingham Mail), reported yesterday that Leeds United were also interested in signing the Dutch winger on loan.

It was claimed that Mendes has previously offered players to Leeds and knows owner Andrea Radrizzani, and that a potential move for El Ghazi could be on the cards.

Marcelo Bielsa has expressed his desire to sign one or two players this month, and El Ghazi could have been a smart signing for them.

Villa probably have made a more concrete approach, and it seems the player could be heading towards Villa Park instead.