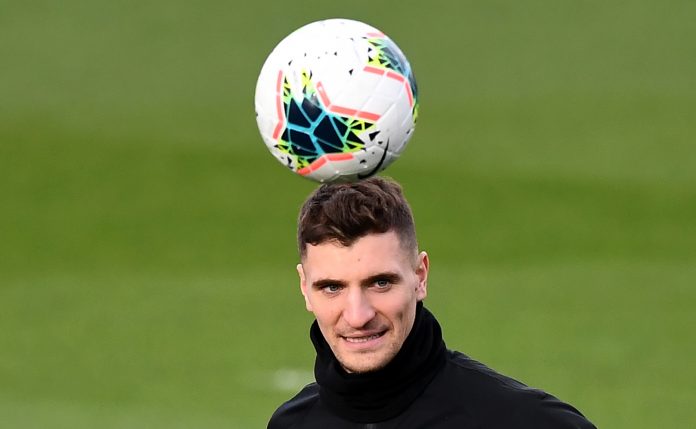 According to transfer expert and journalist Nicolo Schira, Paris Saint-Germain right-back Thomas Meunier is all set to join Borussia Dortmund on a free transfer.

The 28-year-old will leave PSG at the end of the season and is expected to sign a four-year deal with the German giants.

Thomas #Meunier is getting closer to closer to #BVB for the summer as a free agent. He will leave #PSG at the end of the season. For him 4-years contract with #BorussiaDortmund. #transfers

The news will come as a blow for Everton.

According to a recent report from Le 10 Sport, Carlo Ancelotti is keen to sign the French right-back who is a three-time league champion and World Cup medallist.

It was claimed that the Toffees are monitoring his situation closely as the player is highly unlikely to stay at the club. Now it seems, he is on the verge of joining Dortmund instead.

Munier, who impressed during the World Cup in Russia, joined PSG from Club Brugge for a reported €7million (£6.3million) fee in 2016 and has made over 125 appearances for the Ligue 1 giants. He has scored 13 goals and provided 21 assists for the French champions.

However, he has started in just 14 games for PSG this season, and with his contract expiring, he has decided to move elsewhere.

Everton could be looking to sign a right-back in the summer. Seamus Coleman’s performances have come under criticism, while it remains to be seen whether Everton take the route to sign Djibril Sidibe permanently.

Jonjoe Kenny has impressed in Germany this season, and he may like to continue at Schalke. Munier would have been a fantastic signing for Everton, but it seems he is moving to Bundesliga instead.