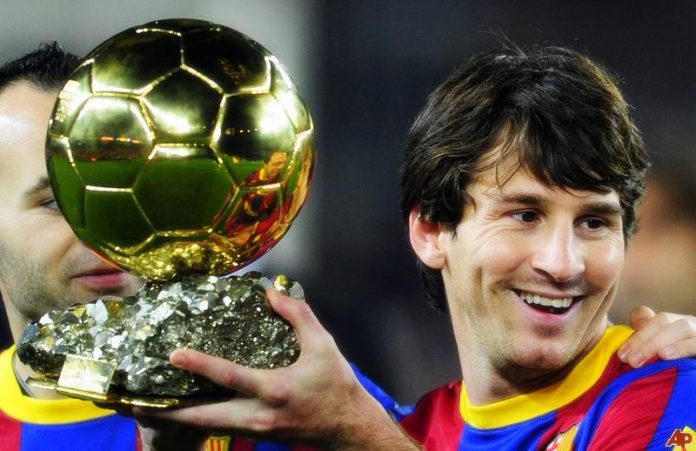 The titanic four-game battle between Real Madrid and Barcelona has once more thrown up the seemingly inexhaustible comparison between Cristiano Ronaldo and an Argentinian chap whose name I have momentarily forgotten.

Every time I read about how Lionel Messi boasts so many more goals per game than Cristiano Ronaldo, or that Cristiano Ronaldo has winked so many times for each game Lionel Messi has gone without an assist, or Ronaldo’s girlfriends-to-goals ratio compared with Messi’s ejaculatory compliments from Diego Maradona, I begin to understand the righteous rage which prompts fully-grown Englishmen to hurl vitriolic abuse at televised images of Portuguese wingers who ‘go down too easily’.

It’s that burning sense of indignation, that awful sensation that although there are probably many who agree with me, it’s up to me to put the world to rights.

So here it is: Lionel Messi is not the best player in the world. Neither is Cristiano Ronaldo. It seems we’ve suddenly and violently dropped from the Mount Olympus of great playmaking Gods dictating the fates of the humble mortal players around them to the labyrinthine game of tactical chess, which encloses creativity in a relativistic prison of peak physical conditioning with bars forged from the finest steel of unapologetically awful television punditry.

So fast was our fall that we appear to have barely noticed the dramatic shift in our surroundings. No longer do we inhabit a Garden of individualistic Eden, whose harmony is held in perpetual balance by the vision of a Zidane or a Nedved; our brave new world is at once a monument to tactical and physical excellence reveling in elegant structure and preparation and a chaotic sprawl of competing egos, a formless void echoing with – yet in so doing, denying – the dissonant thunder of the great players who just five or six years ago bestrode the football globe.

Yet it is this juxtaposition between the tight harnessing of individual creativity by the combination of tactical nous and physical perfection with the resultant lack of definite hierarchy between individual players which leads us to search for an absolute resolution: we want to have a figurehead for our generation. We want a Zinedine Zidane.

What I want to argue is that, whilst we may well be over Zidanes in this day and age, the two players we look at as their equivalents are simply the wrong choices. By producing this list, my aim is to acknowledge the most talented players in the world fairly, both by considering them in the light of their peers and by judging them in the context of a football world which requires players to be more complete than ever before.

Rather than judging players by the irritating combination of base statistical analysis and pseudo-romance preferred by the mainstream football media, I believe we can decide who the best players in the world are by following the following simple criteria:

Rather than asking what players ‘do’, which inevitably leads us into the trap of asking what their goals and assists stats look like, we should ask what they don’t do, and what they can’t do that others can. In this way, we can compare the headline-grabbers with the players who lay the foundations to make their work possible.

In my next two articles, I will put forward an ordered list of the 25 best players, be they central defenders of center-forwards, in the world. Most will be among the usual suspects, but I hope to try to explain my choices within the context which I have just outlined here.

The point is simple: whilst history will remember the teams, the result and the goalscorers, we should keep alive the spirit of greatness which lies at the root of the game through the memory of the important players who contribute substance along with style.

I have not included goalkeepers in my list because their role is unique and separate from what goes on ‘in play’.

Beyond Lionel Messi: An Alternative List of the Best 25 Footballers in the World