After the international break, domestic football resumes around Europe this weekend. Most leagues are starting to take shape, with the potential title contenders making themselves known and the sides that could struggle worrying their fans.

Despite most top flights not reaching the ten-game mark as yet, who have been the standout players in the major leagues in Europe so far?

Arsenal and Liverpool are joint top of the Premier League and have a couple of key players to thank. The Gunners have been driven on by Aaron Ramsey in their midfield, Mesut Ozil’s signing has given his side belief, while Olivier Giroud has bagged important goals to date.

For Liverpool the SAS connection of Daniel Sturridge and Luis Suarez is starting to look as dangerous as any in the Premier League, with the England international scoring six goals already.

Newcastle’s Loic Remy has netted five in five, while Wayne Rooney has been in stellar form for Manchester United after rumours of an Old Trafford departure.

There have been a number of surprising standout performances also. Morgan Amalfitano capped off a great start to life at West Brom with a wonderful individual effort, while Curtis Davies’ consistency has been a key reason for Hull excellent early season form.

Everton’s Ross Barkley has been a revelation, while team-mates Seamus Coleman and Leighton Baines have also performed extremely well. 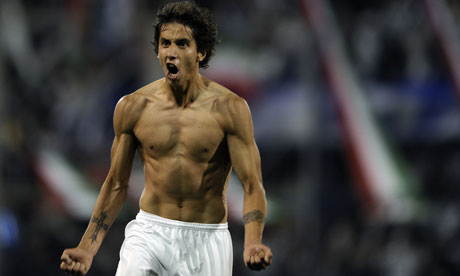 This season looks set to be tightly contested, with champions Juventus being run close by Napoli and a rejuvenated Roma.

Rudy Garcia is working wonders at the Stadio Olimpico, with a number of key players for the Giallorossi. Arsenal reject Gervinho has started life in Italy well, with the evergreen Francisco Totti playing like a 21-year-old. Mehdi Benatia has been a key reason Roma have only conceded one goal this term also.

Ricky Alvarez has been the standout for a transitional Inter side and is finally looking to live up to his hype. Torino Alessio Cerci is the top goalscorer in the league with six strikes, while Napoli’s Marek Hamsik and Fiorentina’s Giuseppe Rossi have hit the target five times.

Lazio midfielder Antonio Candreva is showing that he is worthy of his increased inclusion in the Italy squad, with a fine start to the campaign in the nation’s capital. Finally, newly promoted Hellas Verona have two stars in their midst in the form of Juan Iturbe and Jorginho, who have both starred this term to date. 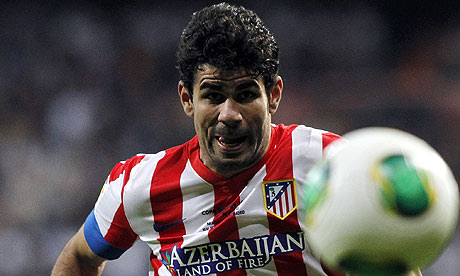 Lionel Messi is once again outdoing Cristiano Ronaldo in La Liga, with the Barcelona man showing no signs of dropping his standards.

One man that is currently beating the Ballon d’Or holder in the goalscoring charts though is Diego Costa, who has netted ten times in eight games for an unbeaten Atletico Madrid. Diego Simeone’s side have a number of other in-form stars, such as Koke and Arda Turan.

Back to Barcelona, one man that was potentially on his way out of Camp Nou was reportedly Alexis Sanchez. However, the Chile international has responded with some excellent performances on the pitch, with important goals to boot.

Villarreal have found the re-entry to La Liga smooth sailing so far, and have been inspired by former Tottenham flop Giovani Do Santos. The Mexican attacker has scored four times already, helping the Yellow Submarine to rise to fourth place. 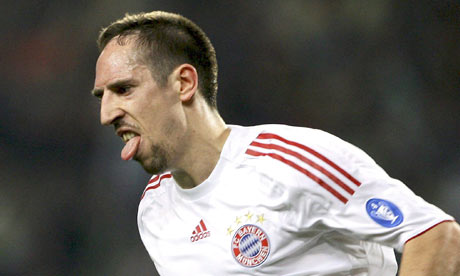 Bayern Munich are on top of the Bundesliga currently, but have Borussia Dortmund and Bayer Leverkusen in hot pursuit. Pep Guardiola’s men are unbeaten as yet, and their form player must be Franck Ribery, who has started the campaign well.

For Dortmund, new signings Pierre-Emerick Aubameyang and Henrikh Mkhitaryan have both settled into life at Signal Iduna Park well, while Nuri Sahin looks right at home once more after spells at Real Madrid and Liverpool.

Leverkusen have done well to keep up with the top two, and can go top with a win over Hoffenheim tonight. Attacking pair Sidney Sam and Stefan Kiessling have netted 11 goals between them for the BayArena side.

Bosnia’s World Cup qualifying hero Vedad Ibisevic is doing the business for his club also, with six goals for Stuttgart already this term. Kevin-Prince Boateng has looked impressive in his fledgling days for new club Schalke, and has added another attacking string to the Gelsenkirchen club’s bow. Julian Draxler continues to show signs of genius. 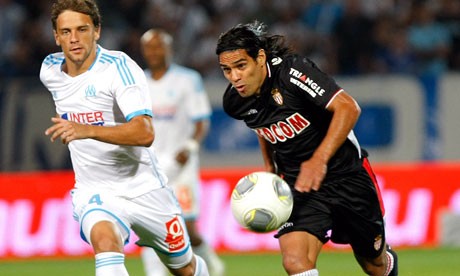 The big spenders Paris Saint-Germain and Monaco sit on top of the pile after nine games unbeaten, with their respective big-name strikers doing the business to date. Radamel Falcao tops the goalscoring charts with seven strikes, with team-mate Emmanuel Riviere on target six times. For PSG, Edinson Cavani has scored four times while Zlatan Ibrahimovic is in excellent form.

Montpellier’s Remy Cabella is being linked with a move to Manchester United in January; little wonder why. The 23-year-old whizzkid, who has been labelled the new Zidane, has scored five times and created four more for the Stade de la Mosson outfit.

Marseille midfielder Mathieu Valbuena is in sparkling form for the Stade Velodrome side and continues to play an important role for club and country.

Finally, Reims have drawn their last six games in a row, and can thank goalkeeper Kossi Agassa for safe hands between the sticks.