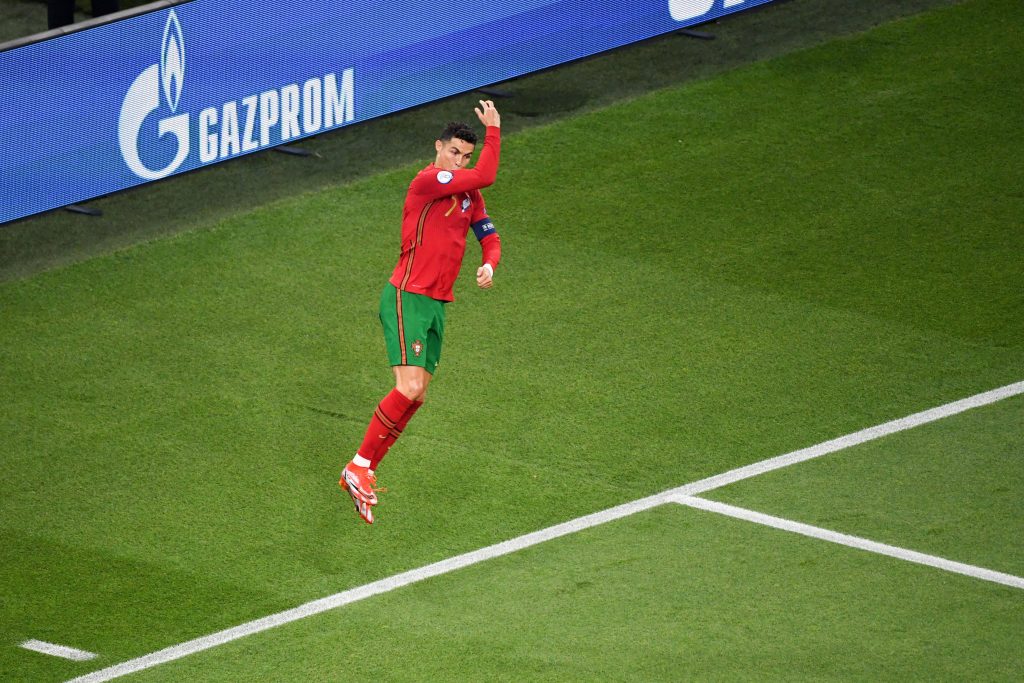 Belgium and Portugal will square off against each other at the Estadio de La Cartuja on Sunday in one of the most intriguing Euro 2020 last-16 fixtures.

After a perfect group stage campaign, Belgium will be looking to back their place in the FIFA rankings with the first-ever title at a major tournament.

Meanwhile, Portugal are aiming to become only the second nation to defend the Euro crown since Spain achieved the feat in 2008 and 2012.

Belgium cruised to the top of Group B, winning all three group stage fixtures by an aggregate scoreline of 7-1, with five of their seven goals scored coming in the second half of play.

The world’s best-ranked nation have now progressed into the knockout stage in their fifth consecutive major tournament appearance, going past the round of 16 in each of their last three attempts.

However, the Belgians have struggled to cope with the likes of top-ten ranked opponents across major tournaments lately, losing two of their last three such contests.

After guiding his side to a 2-0 victory over Finland on Matchday 3, Roberto Martinez became the most successful De Rode Duivels boss at major tournaments with nine wins at the World Cup and Euros combined.

Despite making just one start for Belgium in the group stage, Manchester City playmaker Kevin De Bruyne has directly contributed to three of his side’s seven goals at Euro 2020 so far.

Following a match-winning performance against Denmark on Matchday 2, the 29-year-old delivered an assist to Romelu Lukaku for Belgium’s second against Finland.

Since the 2014 World Cup, De Bruyne has orchestrated a whopping 71 scoring opportunities for his international colleagues at top tournaments, more than any other European player.

Meanwhile, Lukaku has been Belgium’s most prolific player since their 2018 World Cup exit, with the Inter Milan striker racking up 23 goals in 21 national team appearances in that period.

Despite going winless in their last two Euro 2020 matches (D1, L1), Portugal have qualified for the competition’s knockout stage for the seventh time in a row.

A 3-0 triumph over Group F minnows Hungary in their tournament curtain-raiser proved sufficient for a third-place finish and a place in the round of 16.

But after seeing his side keep three clean sheets on the spin, Fernando Santos has to worry about Portugal conceding 2+ goals in their last two games at Euro 2020.

Encouragingly, though, the last time the Selecao conceded at least twice per game was in February 2013 under Paulo Bento.

Juventus goal-machine Cristiano Ronaldo has netted five of Portugal’s seven goals at Euro 2020 so far, three of which came from the spot, including both during a 2-2 draw with France on Matchday 3.

If he manages to put two goals past Belgium, the five-time Ballon d’Or winner will become the first player to score a brace three times at a single Euro tournament.

The ex-Manchester United forward already became the top-scoring European player across major tournaments with 21 strikes and is now a goal away from surpassing Ali Daei at the top of the international scoring charts.

After a slow start to Euro 2020, Bruno Fernandes lost a place in Santos’ starting XI, with Lille starlet Renato Sanches taking his spot against France.

Given the way the Portuguese youngster performed against Les Bleus, it seems unlikely for Bruno to claim his place back against Belgium.

Since succumbing to a 3-0 loss in World Cup qualifying in September 1989, Portugal have gone unbeaten in their subsequent five matches against Belgium (W3, D2).

Before playing out a goalless draw in their most recent meeting in June 2018, Portugal had scored 2+ goals in three consecutive clashes against Belgium, winning each of them.

Since Martinez took charge of the national team, De Rode Duivels have failed to score in just two of their 58 internationals, with the Selecao one of just two teams to prevent them from finding the net.